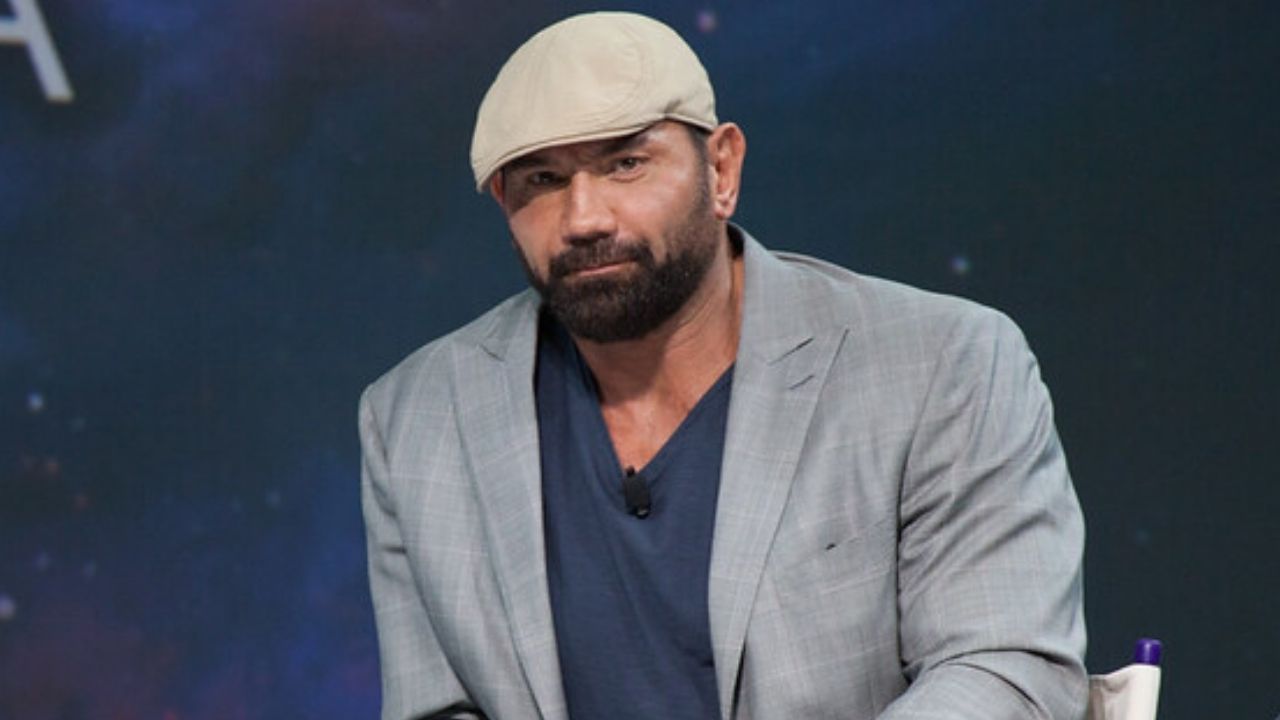 The 52-year-old former wrestler Dave Bautista started his wrestling career when signed with the World Wrestling Federation back in 2000.

Other than his wrestling records, Bautista is also known as a big women admirer.

However, Dave Bautista has recently taken the spotlight as an actor in the popular Marvel movie ”Avengers”, with his portrayal of Drax the Destroyer.

Bautista’s wrestling career started all the way back in the late ‘90s.

He had his first matches in the ring in 1999 when he tried fighting at the World Championship Wrestling power plant.

Bautista has a wide arrangement of fighting skills, including boxing, wrestling, and jiu-jitsu.

He had learned Brazilian Jiu-Jitsu under Cesar Gracie’s mentorship.

Dave gained a purple belt in Jiu-Jitsu (the belt of movement and momentum – according to the Jiu-Jitsu Brotherhood).

In the year 2000, Bautista debuted in his first big wrestling competition, which was the Ohio Valley Wrestling Heavyweight Championship.

After being undefeated for almost two years, he lost to Kane.

However, he went on and won the championship, which was his biggest success so far.

During this championship in 2002, he had also taken part in WWE events.

Bautista won the World Heavyweight Championship three years in a row, being a champion from 2005 to 2008.

His victories kept on culminating in WWE events too, which finally resulted in him taking the WWE champion title in 2009.

He was very close to winning in 2010 too. However, due to a brutal spine injury he received in his final clash with John Cena, he was forced to stand down.

Bautista quit the match after Cena’s threat to give him the “attitude adjustment”, which Cena had done anyway – Cena threw Bautista off the car and through the stage below, causing a brutal injury.

In 2019, Bautista finally announced he will retire from professional wrestling.

Bautista’s acting career kicked off in 2006, with his debut role in the popular TV series called “Smallville”.

He is to star in the upcoming movies “Guardian of the Galaxy vol.3”, “Knock At The Cabin”, and “Knives Out 2”.

Bautista has been married three times so far, with his first wedding having taken place back in 1990.

He got married to Glenda Bautista, with whom he has two beautiful daughters Kelilani and Athena Bautista.

The couple eventually divorced in 1997, and both moved on with new partners soon.

Dave tied the knot with Angie Bautista in October of 1998, at the peak of his wrestling career.

The two had welcomed their son Oliver Bautista in 2007, after a long period of not being able to conceive.

Dave and Angie split soon after the birth of Oliver.

The reason behind their difficulty with conceiving a baby was Angie’s ovarian cancer, which she was diagnosed within 2002.

Bautista had raised funds for all the treatments Angie went through, and after their divorce, the two still remain very close friends.

It seems like Bautista has had a hard time staying single, since he married another woman for the third time in 2015.

However, once the flame of passion burnt out, the two divorced in 2019.

Bautista posted on Twitter in 2019, saying he is single again. He seems to remain single today, but we’ll watch over his Twitter to see if anything changes!