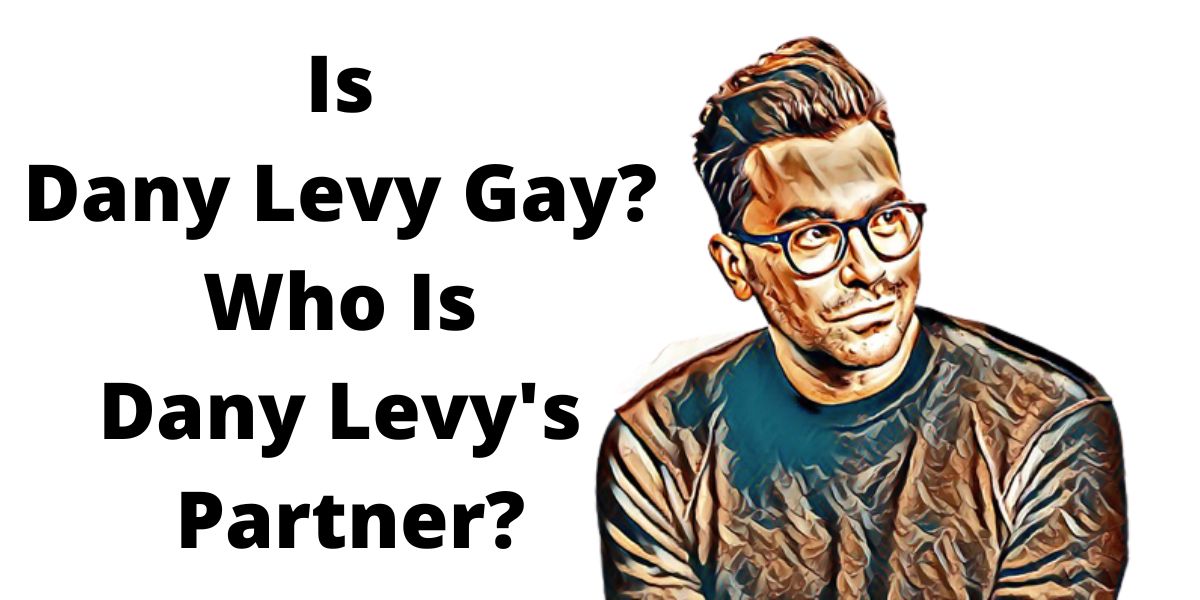 Daniel Joseph Levy is an actor, producer, director, and comedian born in 1983 in Toronto, Canada, to Deborah Divine and Eugene Levy.

He started his TV career as a host on MTV Canada.

Dany received critical acclaim and international prominence for acting as David Rose in the hit series Schitt’s Creek, which aired from 2015 to 2020.

He also co-created the series alongside his father, whom they starred with.

His sister, Sarah Levy, also acted in the series.

For writing, acting, directing, and producing in the last season of the hit show, he became the first individual to win an Emmy in all four major categories in a single year.

His performance also earned him the Canadian Screen Awards four times from the eighteen nominations he received.

Levy is one of the few people who do not hide their sexuality.

He revealed he was gay while still a teenager and has never feared that it may affect his career.

Many adore him for who he is, and his performances are constantly improving.

The actor talked to his dad, mom, and sister, Eugene Levy, while having lunch together.

The discussion on his sexuality was brought out by his mom, who asked him whether or not he preferred dating men.

To add to the surprise, his dad stated that the family had always known about his sexuality for a while.

Dan impersonated his father as he stated, “We knew for the longest time. We were waiting, and then mom couldn’t wait any longer.”

He also revealed that his family was welcoming and accepting.

He also thanked his supporters for accepting his sexuality and constantly supporting him.

He Hopes to Find Someone

The actor’s dating history is private, making it difficult to track. Despite this, he is open about his dating habits.

In 2015, he revealed that he was single since he wanted to concentrate on his career while working in Schitt’s Creek.

He confessed, “I’ve been single for a bit, and it’s a strange thing.

I don’t know whether it’s an excuse that I’m telling myself or whether it’s just what it is, but I feel like this job has consumed my life.

I feel like I only get one shot at this.

I hope to find someone when it’s all done or when things are a little smoother.

But the eye has really been on making sure that the show is as good as it can be so that I can be employed for another year.”

In 2020, he stated that he was not in a position to add value to any relationship.

He Considers His Dog the Love of His Life

The actor seems to be single, though, before the pandemic, he said he would go on many dates in London since he lived there and once stated that it was his favorite city.

Currently, he prefers to spend time with his pet.

In 2019, he wrote, “Finding him was the greatest thing that ever happened to me.”

He stated, “I adopted Redmond when he was four yrs old.

If you are looking for a pet, first make sure you’ve thought it through and have the means to care for them properly; then, please consider adopting. #ClearTheShelters”

When he was asked to name the greatest love of his life, he replied, “I don’t think I’ve met him yet so I’m going to say my dog, Redmond.”