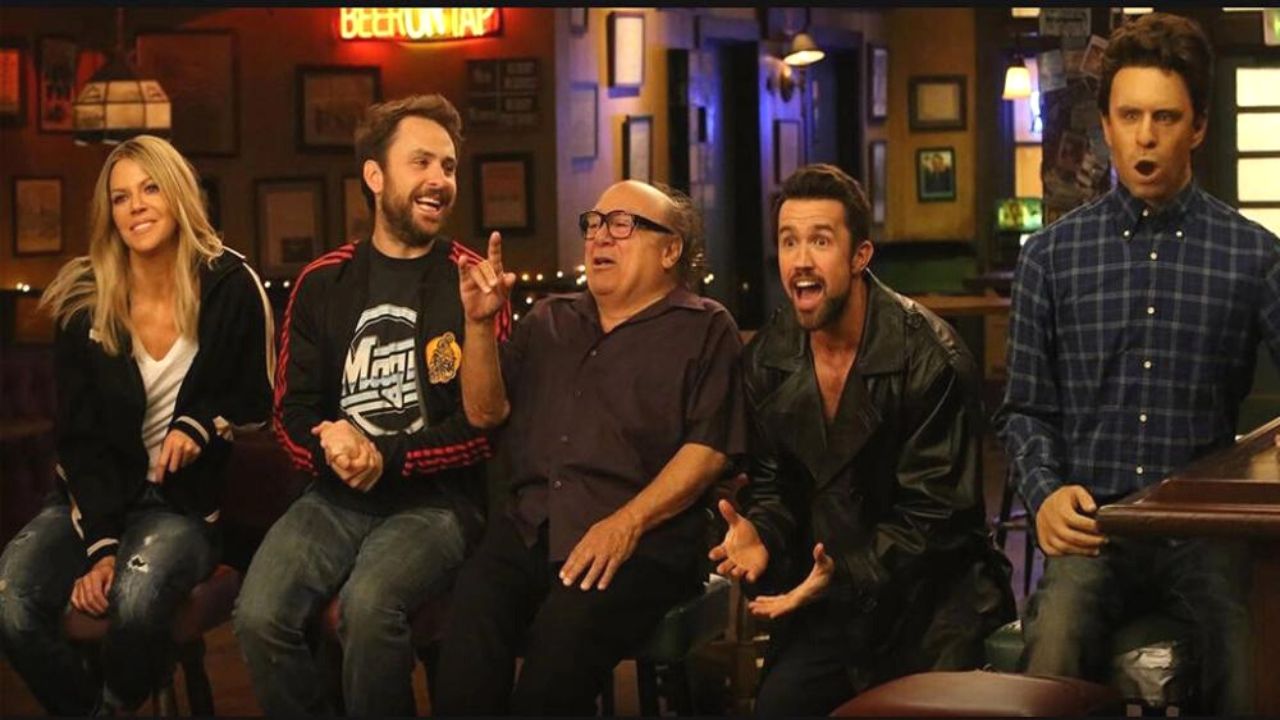 It’s Always Sunny in Philadelphia is a sitcom that premiered on FX in August 2005.

Its executive producers and writers are McElhenney, Howerton, and Charlie Day, and it stars Kaitlin Olson and Danny Devito.

For those who would love to watch It’s Always Sunny in Philadelphia, there are various platforms they can use.

Even though one can watch all 15 seasons in the mentioned countries, the seasons available to a person depend on their region.

We will provide the details on where and how one can watch the show based on location.

It’s Always Sunny In Philadelphia: Season 16: Everything We Know So Far

Those living outside the UK can watch it on Netflix, but they will have to use a VPN.

In the US, watching all 15 episodes of the show is simple since Hulu is airing all the episodes on demand.

The plans and prices are available from $6.99 a month, and whether one uses the with-ads plan or opts for the Ad-Free plan, which costs $12.99, they will be eligible to access the streaming site for free in the first month.

To get the real deal, one can pay $13.99 monthly and get Disney Plus, Hulu, and ESPN through the Disney Plus bundle.

This provides many extra movies, live sports, and television shows in addition to It’s Always Sunny in Philadelphia.

The Hulu app is available for iOS and Android devices, Android TVs, and Apple TVs, among others.

For those who love comedy in the UK, watching the show, including all 15 seasons, is easy since Netflix is offering it on demand.

The streaming site currently charges £5.99 and £9.99 for the basic and standard plans.

There is also the premium package that costs £13.99.

Those in Canada who may want to watch It’s Always Sunny in Philadelphia think it is more challenging than in the US and the UK.

The show airs on FX in Canada, and all the previous seasons premiered on the network, and one can stream on the FX Now streaming platform.

Since Fox is part of Disney, those who want to watch Mac and company can do it through Disney Plus since it has exclusive on-demand access to all the seasons except 14 and 15.

If one finds themselves in a foreign country where the preferred streaming platform is unavailable, or they cannot log in to watch the show, it could be a problem with geo-blocking.

Using a good VPN will enable one to watch the show despite their location by changing their device’s IP address in a country of choice.

Here is how one can use VPN to unblock geographical restrictions.

The VPN should also be compatible with various devices.

The NordeVPN is the most recommended VPN for unblocking geo-restrictions on Netflix.

How to Watch ‘It’s Always Sunny in Philadelphia’ in Australia

For those in Australia, the process is as simple as those living in the UK and the US.

Aussie fans can binge-watch It’s All Sunny in Philadelphia and learn what is happening in Paddy’s Pub.

It was recently made available to Disney Plus, and fans can access the platform for $11.99 a month or $119.99 a year in Australia.