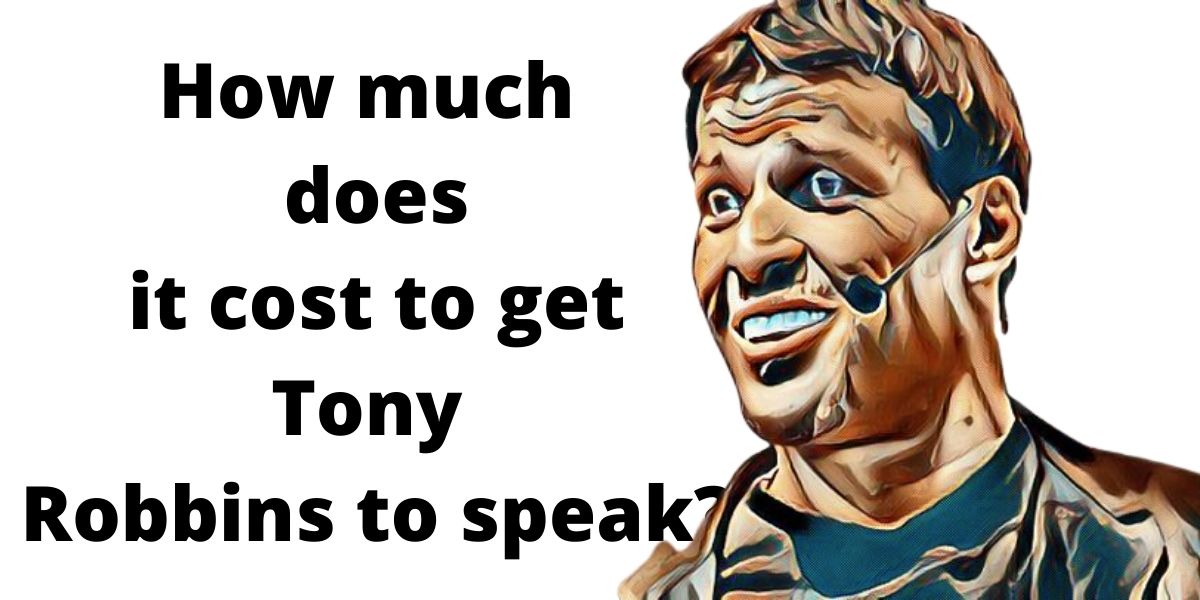 Tony Robbins is an author of multiple international selling books like New York Times number one bestseller, Unshakable: Your Financial Freedom Playbook and MONEY: Master the Game, and a keynote orator. He has empowered millions of people from more than a hundred nations using his video, audio, and life training programs. He developed the number one personal and professional development program, and his seminars boast an attendance of more than four million people worldwide. Since many seek personal or career empowerment and feel like they should attend the orator’s seminar, it would be nice to know the costs of getting him to speak.

He has a presence in more than 30 organizations that specialize in various industries, including sports, technology, and hospitality. He is a partner to one of Fiji’s most rated resorts and spas. The organizations have combined annual revenue of more than $5 billion. He accomplished everything based on hard work and commitment despite being exposed to conditions others would consider harsh. This is one of the reasons his sermons get to the innermost part of the audience, and that is why people pay thousands of dollars to listen to him. The seminars cost a lot, but various individuals say they are life-changing and worth the expenses.

Accenture recognizes him as among the “Top 50 Business Intellectuals in the World,” while Harvard Business Press recognized him as among the “Top 200 Business Gurus.” He has been featured in various magazines for his recognition and contributions to the world of business. Some entertainers have also been inspired by his work, including Green Day, Pitbull, Aerosmith, and Usher. Steve Wynn and Marc Benioff are some of the business moguls that have also sought his coaching services. Fortune Magazine put him on its cover with the phrase ‘CEO Whisperer,’ American Express referred to him as one of the Top Six Business Leaders globally. Worth Magazine has also named him one of the top 50 most influential individuals in international finance, two years.

How Much he Charges

Even the general tickets are expensive. The seminars vary from $650 for basic admission entry to $2,995 for VIP tickets. There are levels for the tickets bought and manners one can have a better experience with more payment. The outcomes are backed by many of his audience, who talk about how the discussions changed their lives by empowering them a lot. For those looking to boost their professions, the expense may be little considering that Robbin has made people be promoted or discover other professional paths that have resulted in more success. There are virtual events and other less costly services for those not willing to spend a significant amount on the seminar. When speaking, he majorly concentrates on business mastery and strategic innovation, overcoming anxiety and depression, and developing an extraordinary quality of living.

The ticket bought determines a person’s seat segment and will entail the notable firewalk. To get access to the premier lounge and the ultimate edge, one has to have the diamond premiere ticket, including having the closest seats to the orator. This is Robbin’s three-tier system for self-improvement that is meant to assist a person define, set, and accomplish essential life objectives. The tiers include relationships, health, and finances.

The orator is also a philanthropist. He joined forces with Feeding America to offer more than 200 million meals to those who are vulnerable, and he intends to offer a billion meals by 2025. He is also in many schools, prisons, shelters, and service organizations programs. He supplies fresh water to many people in India every day to mitigate waterborne infections, responsible for the most deaths in children in the country.