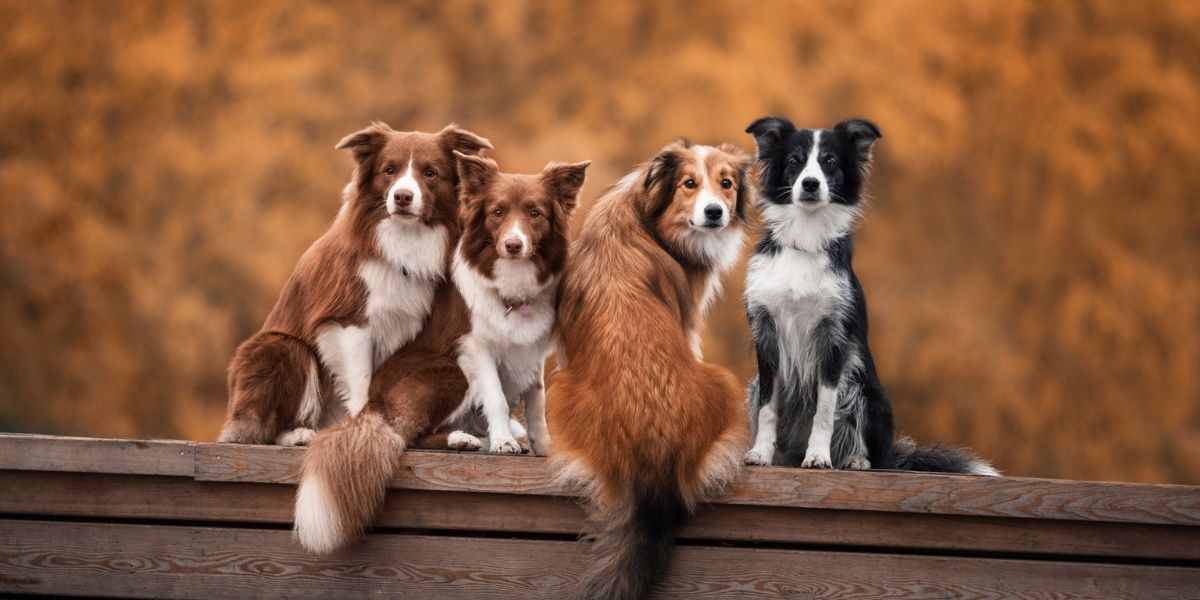 Superstar Ariana Grande is a super animal lover! The star loves rescuing dogs. Did you know that Ariana currently has 10 dogs?

Yes, ten! All rescues. We are going to give you the details of each dog so that you can easily identify them when you see her with them.

Cinnamon is Ariana’s fifth dog. In December 2014, she tweeted about adopting Cinnamon.

Grande often has to fix Cinnamon’s ears because they tend to turn inside out more often.

From the recent images Ariana has been sharing on her social media handles, Cinnamon looks to be a good friend with Ophelia and Coco, two more other Dogs in Ariana Grande’s lists.

Fawkes is her fourth dog. She adopted Fawkes in July 2014. Her full name is Hawkes Kitty. Fawkes is a Shiba Inu and likes to play and wrestle with Toulouse, yet another dog Ariana Grande owns.

However, in July 2015, Ariana Grande’s brother, Frankie posted confirming that the dog no longer lives with Ariana. The reason was that she was not getting along with the other dogs.

Grande adopted Lafayette on June 6, 2016. This dog is mostly featured on Ariana Grande’s Instagram posts and on her moonlightbae Snapchat handle.

Lily is Ariana Grande’s 12th dog that she has ever adopted. She adopted her on July 11. 2019 along with her 11th dog, Snape. She was named after Lily Potter from the famous Harry Potter series.

Myron was originally Mac Miller’s dog before Ariana adopted him on January 16, 2017, as her tenth dog.

The first time Myron was seen in public was on January 16, 2017, when Mac posted him on Instagram. Just after a few days passed, Ariana posted him on her Instagram. Throughout 2017, Myron could be seen both on Mac’s and Ariana’s Instagram posts. Later in April 2018, Ariana posted that she had been living with Myron in her house for a few months and he meant everything to her.

After Ariana broke up with Mac, she continued living with Myron. On August 26, 2018, Ariana Grande’s mother confirmed that Myron was indeed Ariana Grande’s dog. On September 7, 2018, Mac Miller lost his life in what was said to be an accidental drug overdose.

RECOMMENDED: Is Ariana Grande a Billionaire?

Ophelia was adopted on September 27, 2013. She later uploaded her photo with Ophelia on Twitter.

Ophelia was the third Dog to be adopted by Ariana Grande after Coco and Toulouse, respectively (although there are possibilities that she owned several pets during her childhood).

Did you know that Ariana’s close friend, Aaron Simon Gross is the one who named Ophelia?  Grande found the name to be funny and very old. So she kept it.

Pignoli is Ariana’s ninth dog. She was given as a gift by her mother Joan on March 2, 2017.

His full name is Sirius Black named after yet another character from the Harry Potter Series. She went on tour with Ariana during her Honeymoon tour together with Toulouse.

He is Ariana’s ninth dog, adopted on July 11, 2019, together with Lily. His full name is Severus Snape from the Harry Potter series.

Strauss is her seventh to be adopted. She was adopted on October 7, 2015, in Tusla, Oklahoma.

Toulouse was born on June 16, 2013, and later adopted on September 13. He was named after a French city. She is undoubtedly her favorite dog since she has been seen with him almost everywhere.

It’s even reported that she cried tears of joy when she adopted her. He was Grande’s second dog to be adopted after Coco.

There you have it! Ariana is a real fan of dogs and has actually proven it! Probably she’s adopting one while this post is going live!