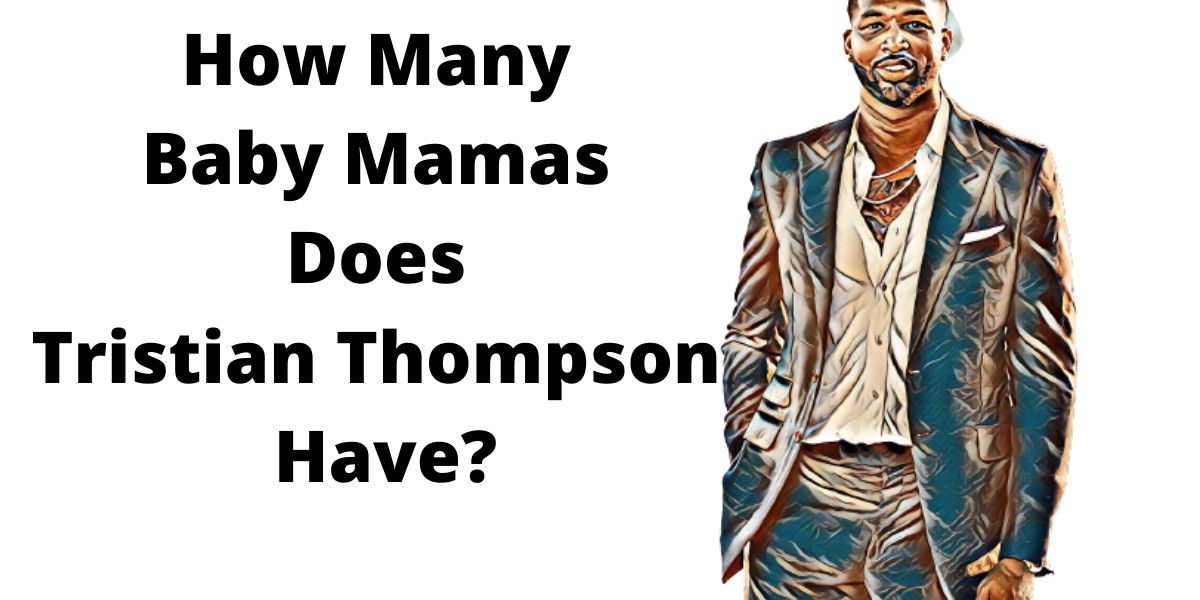 Tristan Thompson is a 31-year-old Canadian basketballer who plays for the Sacramento Kings. Nowadays, the athlete is more famous for his infidelity than his achievements on the field. All through his on-and-off relationship with Khloe Kardashian, he has been involved in a lot of drama that has severed his image in public. With all the backlash directed towards the Sacramento Kings forward, many people wonder how many kids he has in total and his children’s mothers.

The star welcomed his firstborn child, Prince, with Jordan Craig. This was in 2016, meaning that he is almost turning six. Tristan and Craig became a couple in 2014, but they separated in 2016 shortly after realizing she was pregnant with Tristan’s child. He would move on to date Khloe Kardashian, who later had to come out and clear the air on how they started dating after the negative attention that surrounded Tristan’s personal life made her stressed and caused severe pregnancy issues.

Khloe stated that during the time, she asked him to show that he was no longer in a relationship with Craig before committing herself to him. She said, “He had me talk with his inner circle. He showed me physical poof [sic] (correspondence between the two) and had me on calls with his lawyers to prove his point. His best friends, business associates, and even his mother told me he and his ex were broken up before we met.”

Khloe and Tristan would welcome their child, True, in 2018, meaning she is three years old. The couple became an item in 2016, posting their relationship on social media during Halloween after many months of keeping it a secret. They would confirm Khloe’s pregnancy a year later in September. A few days before Khloe gave birth, a video surfaced showing the athlete kissing a woman at a bar in New York. He was also pictured going into a hotel with the same person. A few days later, there was a video posted showing him making out with two women in a bar. Ever since, the couple has had a sour relationship, solving their differences after the birth of their child but later splitting in February the following year after it emerged he had kissed Kylie Jenner’s friend, Jonny Woods.

Then came Texas-born fitness model Nichols Maralee. She sued the athlete for child support, stating that they had an affair while he was dating Khloe. This was the beginning of Tristian’s troubles. Thompson released a statement that he only had a one-night stand with her, and the only way he would accept the child was his was through a paternity test. Maralee explained to E! News her end concerning their relationship and the child. She stated, “Over the past couple of weeks, many inaccurate and false stories have been circulated about me.

“I have not at any point released, nor have I directed anyone else to release, any information regarding Tristan Thompson or any litigation involving him. I have never spoken to any media outlet, nor have I leaked any information to anyone at any time. I am providing this statement because I feel I must defend my character.” She pointed out the numerous fake stories and the use of her photographs to misquote her age and occupation. She also stated that various fake Instagram accounts were using her persona and uploading stock photos of a child and a sonogram and summed up the statement by saying, “These are the facts: I have lived in California since 2019. I am not a personal trainer. I have not worked as a personal trainer for four years; I do fitness modeling. I was never a personal trainer for Tristan.”

Tristan’s Statement on his Child with Nichols

Tristan would release a statement in January 2022 on his Instagram page stating, “Today, paternity test results reveal that I fathered a child with Maralee Nichols. I take full responsibility for my actions. Now that paternity has been established I look forward to amicably raising our son.

“I sincerely apologize to everyone I’ve hurt or disappointed throughout this ordeal, both publicly and privately.” He also put up a statement addressing Khloe. It said, “Khloe, you don’t deserve this. You don’t deserve the heartache and humiliation I have caused you. You don’t deserve the way I have you over the years. My actions certainly have not lined up with the way I view you. I have the utmost respect and love for you. Regardless of what you may think. Again, I am so incredibly sorry.”