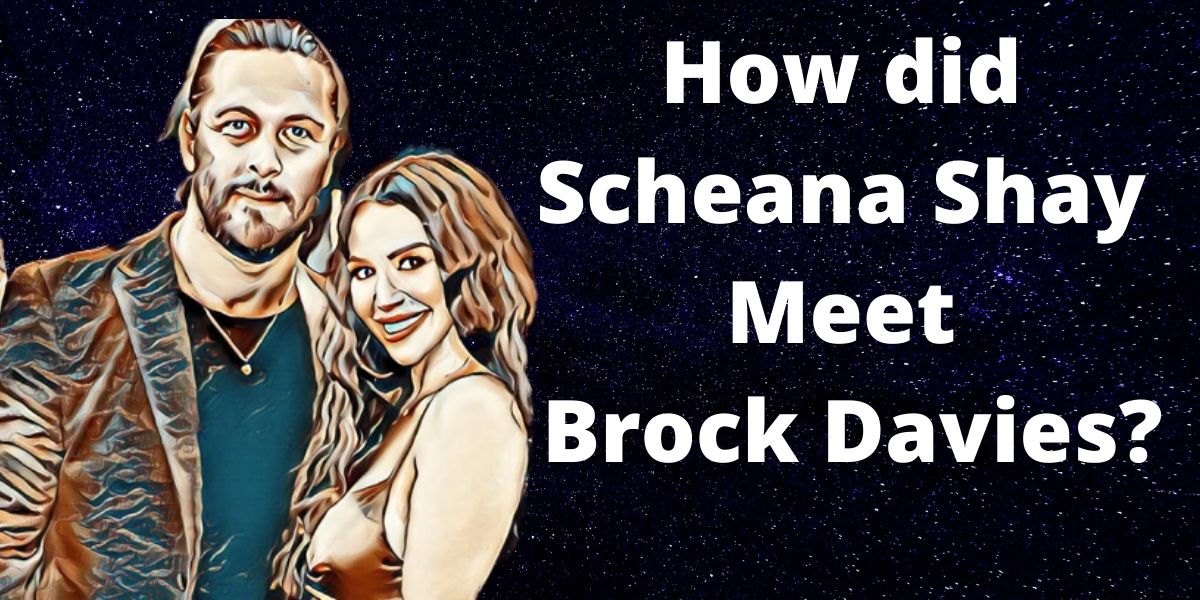 Scheana Marie Shay may have dated many people, but when she found Brock Davies, it seems she finally found her prince charming. During an interview with Bravo TV, she confessed that she did not believe she was fully happy until Davies walked into her life. She stated that her relationship felt like the first real one she had experienced. She used to lie to herself that she was truly happy and that the “whole world was sunshine and rainbows,” when it was always a problem. She said she believes that she had to kiss many frogs before finding her prince charming, who turned out to be a king. So how did the lovebirds meet?

A mutual friend brought the couple together during an occasion held in San Diego. Davies, an Australian, talked about the times when they first met on Sheana’s podcast, also referred to as ‘Scheananigans.’ He stated that he met a few of her friends. He was reluctant to engage with them since he felt that he should stay away from Los Angeles girls, though they went on to have a little chat. He did not know that she was famous since the following day, his friend told him her name and showed him his social media handle, and he was like, ‘Who is this chick? A million followers? Whatever.’ He then texted her, and they decided to hang out again. Even though his family was aware of the show Vanderpump Rules and knew Shay was one of its participants, he had no clue.

It is safe to say that he was unaware of the baggage of dating a celebrity. She said that they went to BravoCon together, not knowing the level of madness she was in for. She said in one of the episodes, “and so, literally, the first night we’re walking out of our car, I know there’s gonna be paparazzi and stuff. And we still haven’t posted like a static post yet. I’m like, you guys don’t get that yet. I’ll post some stories here and there so you can see a little bit, we’re doing this podcast, but I don’t really get much of a private life, obviously, and you’re not gonna have much of one anymore soon, either.” She also confessed that all the people she had previously dated, she had posted them several times.

She also said that she wasted a lot of money on undeserving boys. Since she found the ideal man, who deserves everything she can get, he always prefers not to have her spoil him since he feels she has done enough for her, but the reality star does not listen, and she goes on to buy more stuff. Since the beginning of their relationship, the Australian gym owner and athlete impressed Shay with his sweet gestures. The star says that he sent her flowers the first week they met. She said, “There were so many like little things right off the bat that I’m like you know, if you feel it, say it, do it. Live your best life.” She also recalled how her previous relationships, including her marriage to former husband Michael Shay and her relationship with Rob Valletta, were crucial in making her the person she is.

On to the Next One.

She went into relationships headfirst, saying, “I say jump in, and then you know what, if it doesn’t work out, you’ve not wasted as much time.” She also confessed that after her breakup with Michael, she was too quick to hop into her relationship with Valletta before giving herself time to process her failed marriage.

She explained, “I just moved on like everything was okay, and I do think after a relationship that long, a marriage, a divorce, something that was so traumatic when it ended, I think you do need to give yourself some time. Still, have fun, but know to probably not jump right in because that kind of is a rebound. I felt like I was dealing with two breakups at once, and that made it a lot harder for me.” She admitted that her current relationship was also too quick since they traveled outside the country five weeks after they started dating, and Davies was the one who made it official.