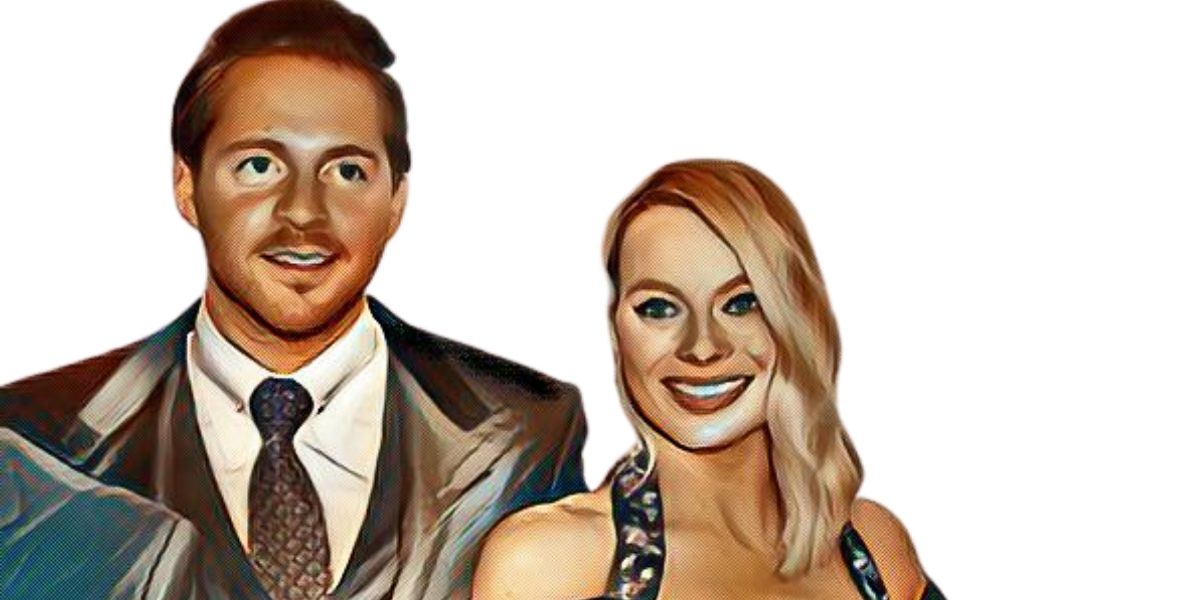 Margot Robbie is known for her prominent roles on TVs, such as Tonya Harding and Harley Quinn, but little is known of her personal life.

Yet for years, Maggie has been happily and quietly taken by her husband, Tom Ackerley.

Read on to find out more about their relationship

Tom Ackerley is a bloke from the United Kingdom but works in Hollywood.

He is an assistant filmmaker and producer, his notable works being Macbeth in 2015 and The Brothers Grimsby.

Before he made it as a producer-cum-assistant director, he was a crew member for several movies, including War Horse, Rush, and Tinker Tailor Soldier Spy.

Tom founded LuckyChap Entertainment, a production company, with his wife in 2014. To date, the company has had its hands in Dollface, I, Tonya, and an upcoming project called Promising Young Woman.

Tom and his production partner Josey McNamara were among Variety’s 10 Producers to Watch list in 2018.

While speaking to Mirror, Margot spoke about LuckyChap Entertainment. “We started our production company with our best friends, and it continues to be a wonderful group dynamic. We all work well together. I feel very lucky.”

How Did Margot Robbie and Tom Ackerley Meet

While speaking to Australia’s The Daily Telegraph, Margot revealed that they met in 2014 while working on Suite Francaise.

The talented actress also said they tried to make their relationship work as he was based in London while she had to film.

“The most helpful thing I’ve learned from other couples in this industry is that you don’t go more than three weeks without seeing each other,” she revealed to the Australian Daily Telegraph. “Being in a long-distance relationship can be hard when you don’t see the light at the end of the tunnel. It can mess with your head, so the three-week rule is key.”

The couple made their first public appearance in a photo in 2015 when watching a Rangers game.

The Couple Like to Keep Their Relationship Under Wraps

Since they met in 2015, Ackerley and Robbie have kept all the deets about their relationship private.

After their wedding in December 2016, the couple never walked down the red carpet together until 2017.

According to reports, the couple tied the knot in December in Australia’s Byron Bay. Robbie confirmed the rumors with a teaser on her Instagram.

In the photo she posted, she kissed Ackerley while holding up her wedding ring finger with the new ring.

While they have maintained utmost privacy in their relationship, Margot got close to revealing some details about her relationship with her husband to Porter.

In the 2018 interview, she revealed, “I’m a great advocate of doing business with your partner,” she told Porter. “Being married is actually the most fun ever, life got way more fun somehow. I have a responsibility being someone’s wife, I want to be better.”

The couple has always said that they want their work to speak for itself. While you find a lot about their personal lives on the internet, you’d quickly find much about their production company.

LuckyChap Production has seen the couple work on several films, where Margot starred. They include Birds of Prey, I Tonya, and another one in the works called Barbie.

Barbie is expected to hit the waves flying since it features seasoned writers such as Noah Baumbach and Greta Gerwig as writers.

When she was on The Ellen DeGeneres Show, Margot even said that they decided to delay their honeymoon to allow time to film I, Tonya.

During the interview, the seasoned actress gave details about how she had embarrassing run-ins with Portia de Rossi, Ellen DeGeneres, and Barack Obama.

Margot revealed other exciting things about her husband in an interview with Mirror.

She said that she has anxiety issues with new roles (especially Harley Quinn) and that Paul helps her deal with them.

“Even though Harley [Quinn] is a character I have played before, I still got scared before shooting because I’m always nervous to start any job,” she began.

But her husband encouraged her, which made the most significant difference as she prepared for her role in the film.