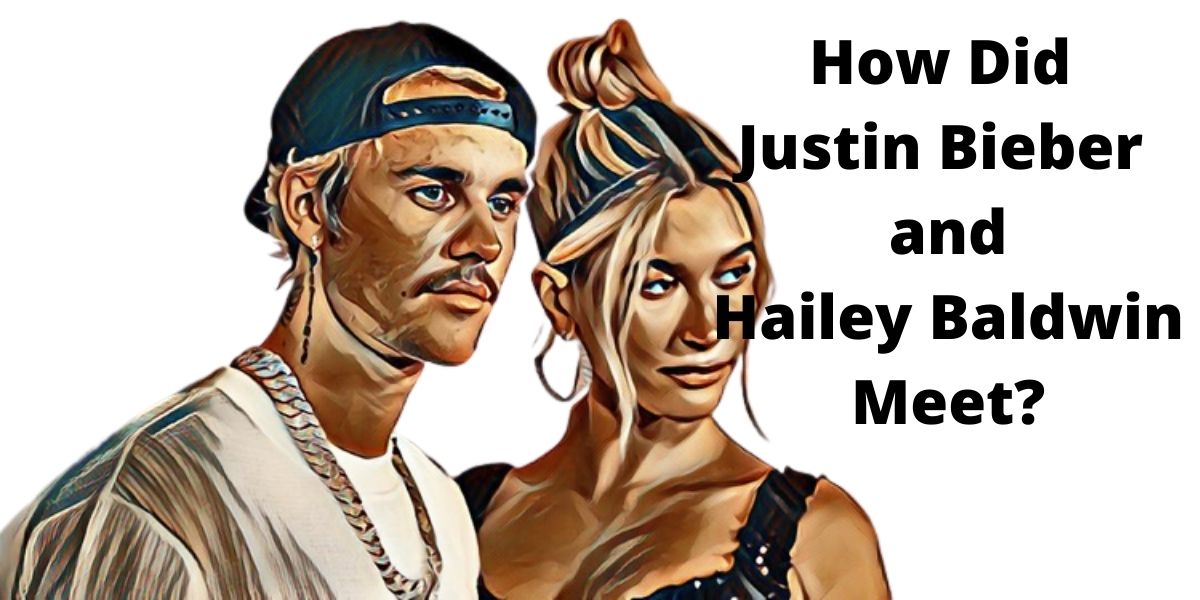 Many Beliebers are disappointed that Justin Beiber found true love in Hailey Beiber Baldwin. Even though they have gone through numerous ups and downs, their relationship has only gone strong over the years.

The couple got married in 2019 in a New York City courthouse and arranged a traditional wedding a year later. It was attended by their close friends and family members. Two years before marrying her, Justin stated that he might have found The One. So how did the two meet?

A look at memory lane shows that the two met in 2009 when the artist was a teenage sensation. Hailey revealed to Vogue, “I was never a superfan, of him or of anyone. It was never that crazed, screaming thing. I didn’t think about it in any kind of way except for the fact that he was cute.” She admitted that everyone was so in love with him, and during the first few years of interacting, she felt that the age gap between them was weird.

At the time, the artist was an uprising star with a killer hairstyle, and Hailey was a preteen who would later venture into modelling. Hailey’s dad, Stephen Baldwin, was instrumental in bringing the two together. This was on backstage during an ear;y-morning show event, and it was recorded on camera. In the clip, the artist seems excited to meet David since he had previously given him a skateboarding DVD, and the most notable moment is when a thrilled Justin meets Hailey. Everybody has experienced that awkward moment during adolescence though the two are proof that one can find their true love before growing into an adult. Justin confessed that she was skeptical about going on backstage to meet him during the first meeting. He stated, “For most young girls back in the day, it was like, ‘Let’s go see Justin Bieber. Tight.’ She got there, and her eyes were closed . . . She didn’t care at all.”

Since then, they would constantly bump into each other all through the years, and in 2014, there were dating rumors. Even though they constantly denied being together, many photos erupted of the two being cozy together. After the artist posted a picture of them kissing in 2016, the singer still denied that they were an item. He said, “I don’t want to put anyone in a position where they feel like I’m only theirs, only to be hurt in the end. Right now in my life, I don’t want to be held down by anything.” He explained how he was committed to other responsibilities and did not want to feel like he was adding another responsibility by falling in love.

The Reunion That Led to Marriage

For two years, the couple seemed distant, only to reappear in 2018 when the artist decided to pop the question. In his Instagram, he wrote, “My heart is COMPLETELY and FULLY YOURS, and I will ALWAYS put you first! You are the love of my life Hailey Baldwin, and I wouldn’t want to spend it with anybody else. You make me so much better, and we compliment [sic] each other so well!! Can’t wait for the best season of life yet!” They would get married in a New York City courthouse and a year later organized a star-filled wedding. The famous couple is usually seen traveling the world enjoying their life together.

During a question and answer session, Hailey asked her husband about his hopes for the coming year (2022), and he replied that he was intent on setting more goals, having fun in the process, and ensuring he puts his family first, and hopefully, they will “squish out a nugget.” Hailey smiled at the reply, and the artist went on to ask her if they should start trying. It seems there will be a need for backup internet when the two cause a lot of traffic with the news someday.

A source close to them revealed to Entertainment Tonight that the two did not intend to have children anytime soon. The model is focused on her profession, and she is not in a rush to have children. The source also stated that “Of course, they have talked about their future and building a family together someday, but both of them are busy with work right now, and Hailey wants to build up her YouTube channel. The two of them are very supportive of each other.”