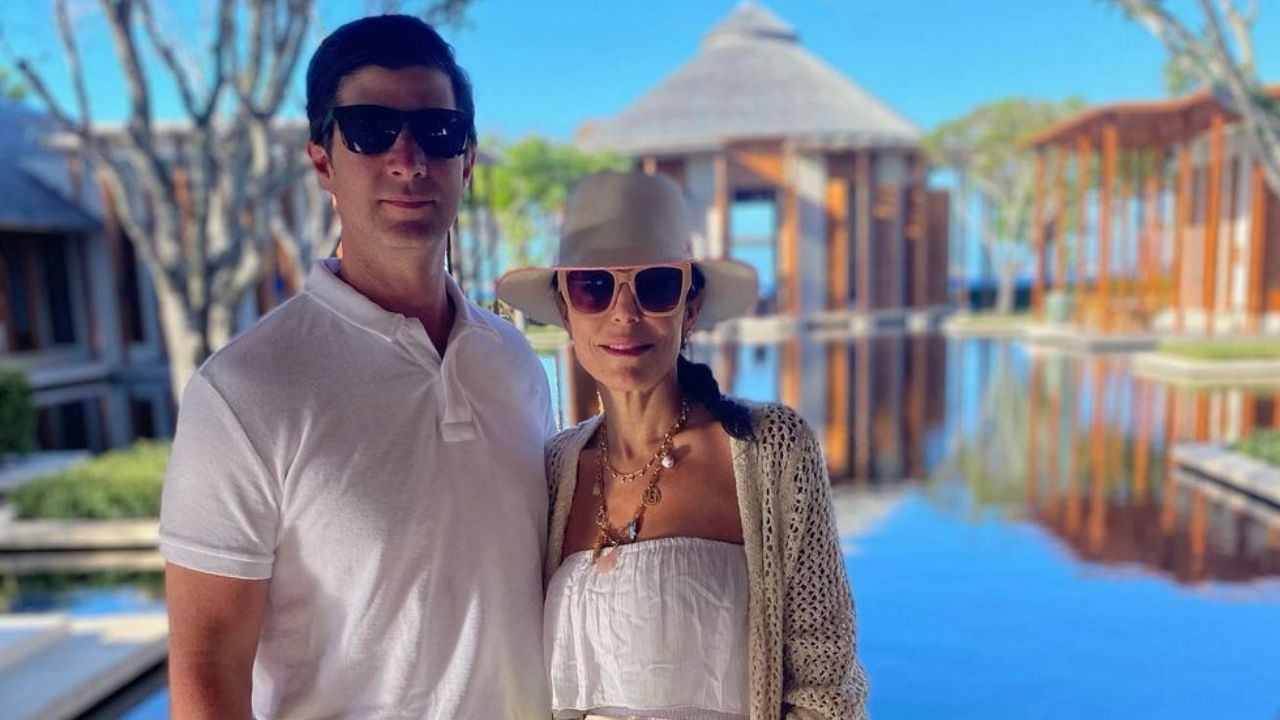 Bethenny Frankel fell in love with Paul Bernon, and their relationship was a match made in heaven.

After interacting on a dating app, the film producer and Skinnygirl founder fell in love in 2018.

In an interview on Live With Kelly and Ryan in July 2019, the Real Housewives of New York City star stated she was happy.

She revealed she was happy in a different way.

It was balanced between the highs and the lows, but she generally felt balanced and healthy.

The couple briefly separated in 2020, though, at the time, Bethenny maintained they had a cordial relationship.

At the time, she revealed to Ellen DeGeneres that they had a great relationship and not everything had to end badly.

Three months later, the two were seen in Miami, and in March 2021, they revealed they were engaged.

She said she was very excited, and everything felt wonderful.

In the same interview on Extra, she revealed they had not started planning for the wedding.

READ: What Happened to Kim From the Real Housewives of Atlanta?

The businessman and the author started dating after interacting on a dating app.

She joked that he came as advertised and turned out to be better than advertised.

She said he “overshot the mark.”

Bethenny thanked her boyfriend for saving her after she experienced an allergic reaction that required hospitalization.

She tweeted that he saved her life and said she would never travel without an epinephrine auto-injector.

The star could not stop gushing at how happy her boyfriend made her feel when she appeared on Live With Kelly and Ryan.

She said her boyfriend was centered and calm and knew how to balance things.

She felt settled despite going through a nasty divorce; she was unsure that she could get the beautiful, normal, loving relationship that people always yearned for while growing up.

After Bethenny left the Real Housewives of New York for the second and final time, she took her relationship with Paul to the next level by shopping for property.

An insider revealed to Us that they lived together in the Back Bay area in Boston, and the reality was spending most of her time there.

They were looking for a new house in New England Area.

The producer wished the reality star a happy birthday with a post on Instagram that stated, “You have brought me true happiness, and I’m so lucky to have you in my life.”

He stated that she was the funniest, most brilliant, and most extraordinary person he knew and thanked her for being a loving partner.

Frankel revealed at the time during an appearance on The Ellen DeGeneres Show that many people had tried to define their lives with constant questions, and this made her realize that all that was important was being honest and open about what one wants since everything does not have to end in a specific manner.

January 2021 Bethenny Frankel and Paul Bernon Were Spotted Together

Three months after they separated, they were seen together in Miami, and an eye-witness revealed to Us at the time that it was “a spontaneous get-together.”

More than eight years after Bethenny and her former husband Hoppy separated, they finalized their divorce.

Months earlier, the reality star had joked with Andy Cohen that what prevented her from marrying Paul was her marriage to Hoppy.
Cohen found her statement hilarious.

Paul posted a picture of them on holiday for Valentine’s Day.

They got engaged after they reconciled, and when she asked whether the event would be in New York, she replied she was not sure but loved New York.

The couple went for a holiday in Portofino, Italy.

That same month, they attended a celebration to mark the release of Laurie Gelman’s new book Yoga Pant Nation after they returned from Italy.

The reality star wished her fiance a happy birthday and posted various photos of them together to honor his birthday.

In March, Bethenny revealed to Entertainment Tonight that they were happy with their current situation and were not in a rush to engage in a wedding though she preferred a small ceremony.