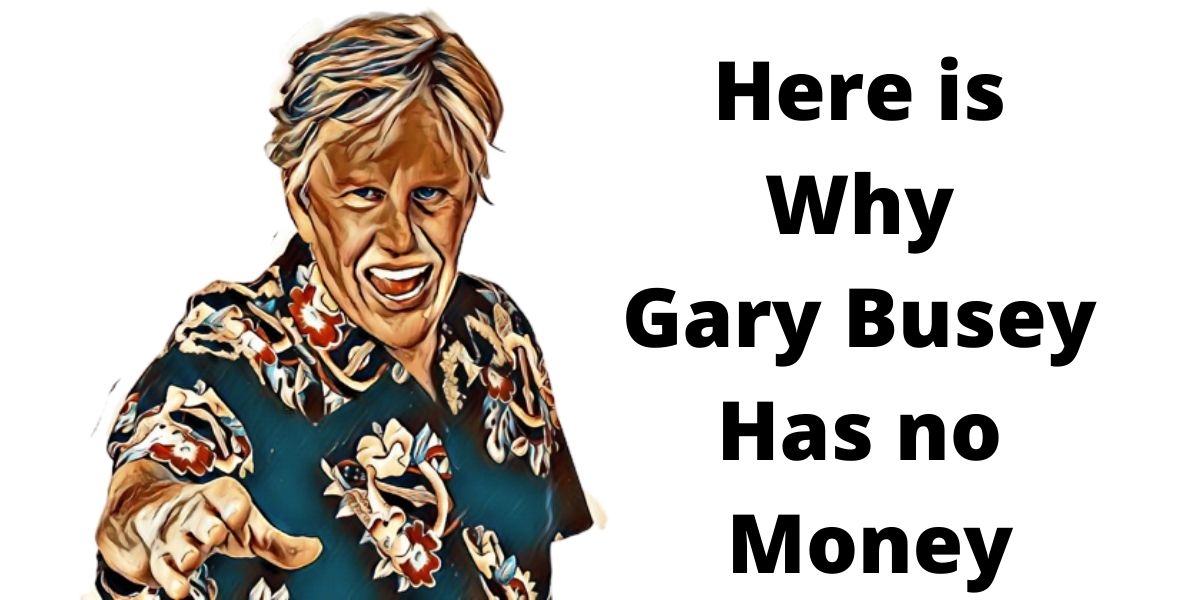 He hoped to go into professional sports before trashing his knee cap and changing to acting.

He first acted in the 1971 low-budget movie known as Angels Hard as They Come, according to his biography. Among the movie’s writers was Jonathan Demme.

Busey also got to work with Mark Hamill on the show The Texas Wheelers, which aired from 1974 to 1975.

The actor also worked as a musician and a drummer for Willie Nelson.

His performance as Kris Kristofferson’s manager in the 1976 movie, A Star Is Born propelled him to fame, but it was in 1978 that his career shot for the stars.

The year saw him appear in The Buddy Holly Story, in which he acted as Holly.

The performance made him get nominated for the Academy Awards, and the guitar performances were not dubs.

He was versatile since he could act like a goofy character and switch to being sinister.

The fame resulted in more money and drugs. So why is the actor not as rich as before?

He Was Involved in a Serious Accident

At the peak of his time, he made various bad decisions that severely impacted him for the rest of his life.

He had just got his Harley Davidson and decided to test it.

This was in 1988, and unfortunately, he never had his helmet on when taking the ride, and things turned for the worse.

While riding the bike, the actor decided to circumvent a bus in front, but he made a hard turn and lost control.

He swerved down the road as he tried to recover and the back brake, but it had the opposite effect as he was launched from his bike over the windshield.

He landed directly on his head and sustained severe injuries.

In an interview, Busey discussed his injuries, saying, “I went off the bike without a helmet, hit my head into a [curb], split my skull, passed away after brain surgery, and went to the other side.”

In the years that followed, it was clear that the damage to his brain led to many changes.

When he was a cast member at Celebrity Rehab with Dr. Drew, he was taken to see a psychiatrist who stated that the accident affected his executive control abilities.

In simple terms, the actor acted on practically everything that crossed his mind.

Unfortunately for him, most people consider him abnormal instead of providing support as they do with other celebrities experiencing mental health problems.

The Number of Roles He Got Gradually Reduced

After the accident, he continued acting in major films like Point Break, Under Siege, Predator 2, and Rookie of the Year.

The audience noticed that his performances were becoming inconsistent, and this caught the attention of the powers that be, resulting in a dip in his career.

Since the early 90s, the actor has appeared in many movies and TV shows.

His filmography past 1995 contains minor roles in notable movies or vast segments in films and shows that fans do not concentrate on.

Once the roles available to him diminished, so did his fortune.

He Filed for Bankruptcy but Managed to Recover

Since he could not make enough money, he was compelled to file for bankruptcy in 2012.

Reports state that at the time, he had less than $50,000 in assets, while his debts ranged from $500,000 to $1 million to organizations like UCLA Medical, IRS, and Wells Fargo.

In recent years, the actor has appeared in many reality shows and advertisements on top of his acting performances.

We hope he will never have money problems and understands the need to have a modest lifestyle.