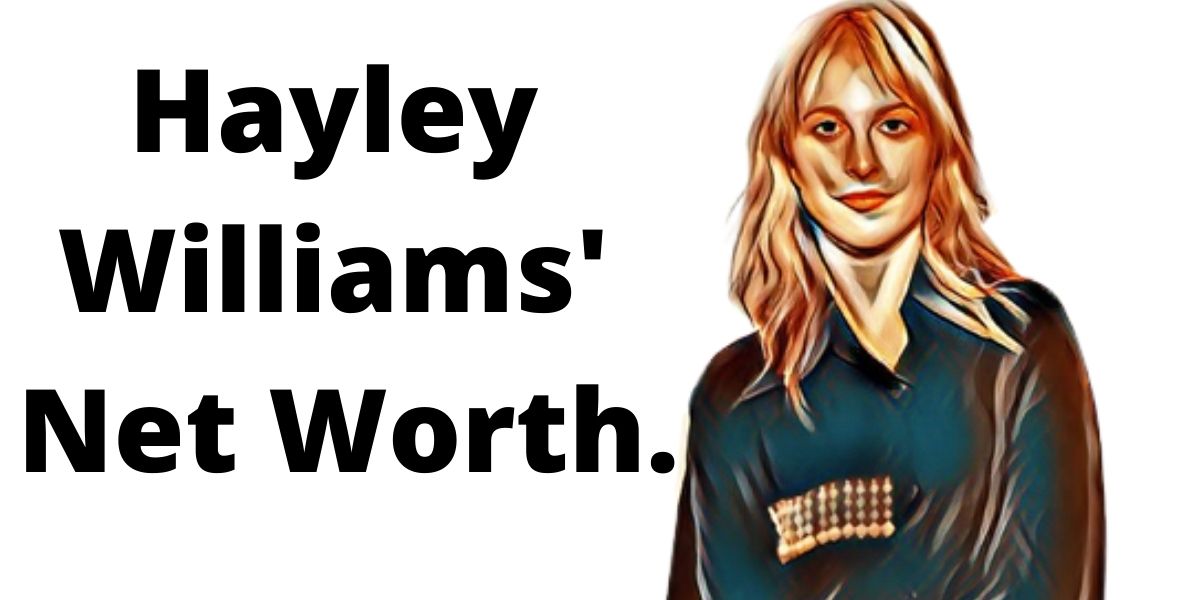 Hayley Nichole Williams is a singer, musician, songwriter, and businesswoman famous for being the primary songwriter, lead vocalist, and keyboardist of the band Paramore. She was born and raised in Mississippi before moving to Franklin, Tennessee, in 2002, immediately after her parents divorced. She would later form the group Paramore in 2004 together with Josh and Zac Farro, and Jeremy Davis. Many have always wondered how much the star is worth.

What is Hayley Williams’ Net Worth

The star has a net worth of around $15 million.

Her primary source of income is her music. She received a share of the sales of the albums released by Paramore and has earned a fortune writing songs for other musicians. The musician has added to her net worth with various brand endorsements.

The most notable was in 2013, when she collaborated with MAC Cosmetics to market their makeup collection. She also worked with Hard Rock Cafe to fundraise for the PINKTOBER initiative and create breast cancer awareness. The star is so much into beauty and cosmetics, and she appeared in various cover magazines like Nylon back in 2013 when she promoted Paramore’s album.

How She Makes Money

Apart from working with different brands, she is into different ventures. She created the online show, Kiss-Off in 2015, which provides makeup tutorials and tips. The artist considers it a platform to connect with her fans.

In 2016, she created Good Dye Young, a company specializing in hair dye. The company is a partnership between her and Brian O’Connor. It provides various hair dye colors. In 2020, she collaborated with Apothekeco to release a candle, and then in March 2021, she joined forces with Tea Huntress, a tea manufacturer, to release two products, Alibi and Bloom.

A certain percentage from each sale is given to Thistle Farms, a charity that assists women who have been through abuse, trafficking, and addiction. In 2019, she put her historic home for sale. The property is located in Franklin, Tennessee, and it was built in 1935, even though it has many modern features. The house was valued at $1 million.

Immediately after her parents separated, the singer went on to sign a 2-year record deal. She started as a songwriter for other artists but quickly attracted Atlantic Records. The label wanted to make her a solo artist, but she emphasized working with a band, to which the record label obliged. Zac, Josh, and Jeremy joined her to form the band Paramore. Bands like Fireworks and Radiohead inspired her, and the band’s name was a styled version of the term ‘Paramour,’ which translates to secret lover.

The group released its first album, All We Know is Falling, in 2005. They would release four more; Brand New Eyes, Riot!, Paramore, and After Laughter.

The star began creating her identity with Strangers, a song she wrote and recorded. She also gained fame for her songs Airplanes and Airplanes Part II. The second version had a verse from Eminem. In 2020, she released her first solo album, Petals for Armor, and it received an excellent reception from fans.

She Has Struggled with Depression.

Despite her success, the star has grappled with depression that resulted in her taking a break from her music career. During an interview, she confessed to having suicidal thoughts and discussed her experience with generational trauma. She revealed that she went through therapy immediately after Paramore finalized its tour in 2018.