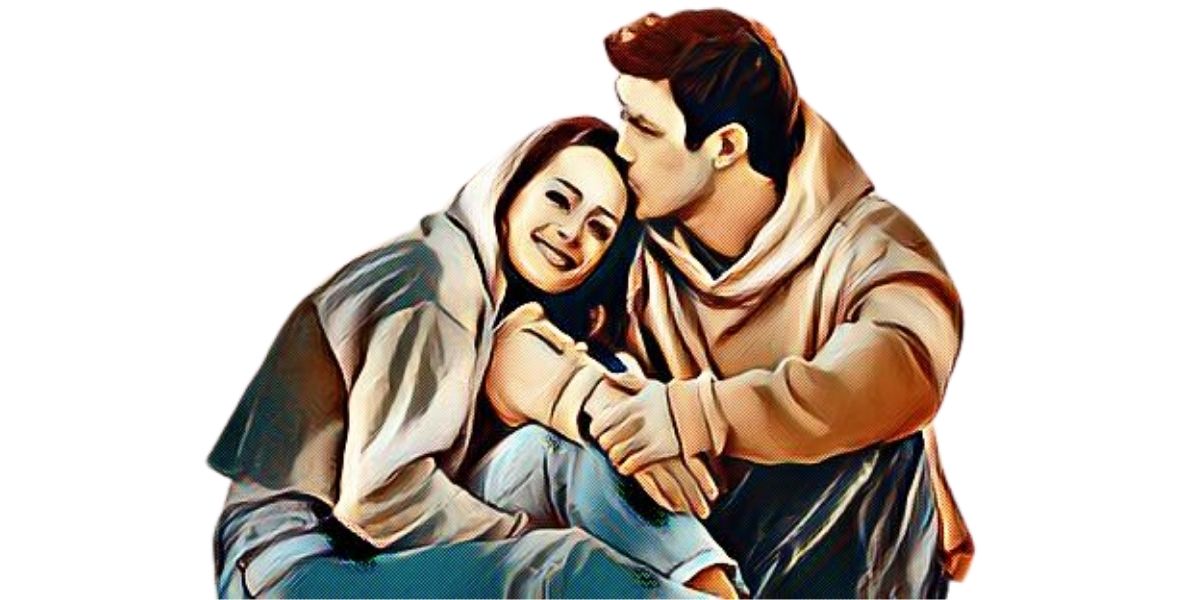 Grant Gustin is an actor who is known for acting in The Flash series as The Flash/ Barry Allen.

He has played the role in other Arrowverse projects like Arrow, Legends of Tomorrow, and Supergirl.

The actor made his breakthrough when he acted in Glee as Sebastian Smythe.

The star and his on-screen wife, Candice Patton, are one of the most famous on-screen couples, and some think the two superstars are an item in real life.

The couple is very secretive, and many would love to know their relationship timeline.

Many people can relate to the feeling of getting the care, love, and support from those they love.

The couple’s social media shows they are very much in love and invested in their relationship.

A post shared by Grant Gustin and Andrea Thoma (@grandrea_fan_account)

The relationship started when rumors circulated that The Flash was dating an unknown girl.

They got engaged while working out on the beach.

Gustin asked her for her hand in marriage by going down on one knee and handing her a giant diamond ring.

The actor went on to post her wife to be showing off her engagement ring.

Rumors circulated that they were tieing the knot in a private event in Malaysia.

It was claimed the wedding was traditional, but the actor came forward to deny the rumors as false.

He stated they visited Malaysia to celebrate their “Traditional Kadazan” tradition.

He stated, “It was incorrectly reported, without our permission, that LA (Thoma) and I had a private wedding while we were here (Malaysia), but that’s not quite the truth.

We did have a beautiful, symbolic Kadazan ceremony to honor LA’s ancestors.”

The actor revealed they planned to have a wedding the following year and stated that the ceremony meant they were spiritually married.

He went on to post a picture wishing his then-girlfriend a happy 1st anniversary.

Surprisingly, the couple got married on December 15 in Los Angeles.

The actor and the therapist had the ceremony at the 1920s venue, The Valentine.

Talent manager Robert Stein posted a picture of him and the couple on his Instagram, and he wrote, “What heartfelt joy it was to watch Grant and LA, surrounded by their friends and family, come together for a loving reunion.”

He wished them a “lifetime of love and happiness” and stated they were blessed to have each other.

In December, the couple celebrated two years of being a married couple with throwback pictures.

Gustin wrote on his Instagram, “Love you more now than I did then. Truly.

You inspire me to be better every day.

Whether that means doing the dishes on time or just having more confidence in myself, I don’t know who I’d be without you.”

Thoma’s tribute stated, “Two years with my ride or die. You keep getting sexier every year. Lord help me.”

A post shared by Grant Gustin and Andrea Thoma (@grandrea_fan_account)

It was reported the couple was expecting their first child.

The star captioned “Unbelievably excited,” on a picture reveal that included an ultrasound image and their three dogs. “As LA noted, the dogs obviously are too.”

His co-stars were quick to offer congratulatory and support comments.

Danielle Panabaker posted, “Yay! So excited for you both!”

Thoma wrote, “Adding one more to the crew!” She went on, “The pups are thrilled.”

The couple welcomed their first child.

They announced by posting a picture of the child’s feet.

She revealed that they would be busy “kissing and sniffing every inch of her,” until she grew up to tell them it was strange.