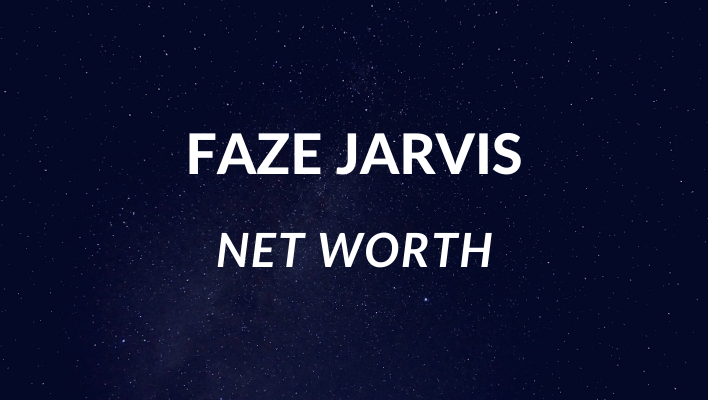 After nearly 5 decades of the existence of electronic games, Esports has finally been recognized as a competitive industry where participants can showcase their skills to the entire world. This new sports category has introduced the world to many gamers and enthusiasts who play competitive online games in international sporting events against millions of people online.

One of the most popular gamers who rose to fame as a result of Esports was FaZe Jarvis. FaZe Jarvis is just the online username of Jarvis Kaye, who is from England. FaZe Jarvis shot to fame after a series of wins in international online sporting events where he showed the world his incredible gaming skills.

The regular wins earned him a reputation among the gaming community, with millions of online gamers following him on his social media accounts. The publicity FaZe received as a result of his status in the gaming community has helped him become one of the most successful gamers in the history of Esports.

The many income sources that FaZe has used to reach his financial status are:

To participate in gaming events, it is normal for many gamers to have sponsors who support them financially to help them reach the very top. FaZe has many sponsorship deals with multiple companies that provide him with incentives and other items. In return, FaZe either gives them a shout-out on any of his social media accounts, or he represents them in Esports events.

Sponsorship deals are mostly common among popular Esports players who have a relatively higher rank than other participants in the event.  While sponsorships do contribute significantly to FaZe’s income, they do not represent the majority of it. A lot of sponsors have also recently dropped FaZe because of his recent ban from Fortnite.

FaZe is one of the biggest players in the gaming industry, with many fans from around the world. He is essentially the closest thing gamers have to a celebrity. Since celebrities have a lot of influence, their attendance at events is very demanding.

Like many other Esport celebrities, FaZe is compensated for attending events related to the gaming industry. However, this social platform clout does not represent his total income. It is nothing compared to the revenue he generates through ads on his social media platforms.

One of the biggest tools gamers have been using to generate revenue is social media platforms like YouTube. YouTube has undoubtedly changed how the gaming industry operates, with millions of people following FaZe in his journey as he plays new games and creates walkthroughs. He even posts normal content that everyone can enjoy with their friends and families.

The world of Esports has events that garner millions of international views. These events are competitions with participants from dozens of countries. FaZe Jarvis is one of the biggest players in the Esports world. He has raked in hundreds of thousands of dollars through his game wins alone.

These championship wins account for a significant percentage of FaZe’s total net worth. Not only that, these wins are what got him into the spotlight in the first place and are responsible for everything he has been able to achieve so far in his career.

Youtube content creation or streaming on Twitch is the primary source of income for FaZe Jarvis. The revenue generated through this setup constitutes a major portion of FaZe’s net worth. He can run ads and sponsor products that allow him to monetize his regular streams.

FaZe Jarvis is undoubtedly one of the biggest influencers in the gaming industry. His fan base considers him the best of the best, and he has changed the way people view gaming. He is a pioneer in this new type of game industry that can result in job creation for many people. His success is proof that anything is possible.