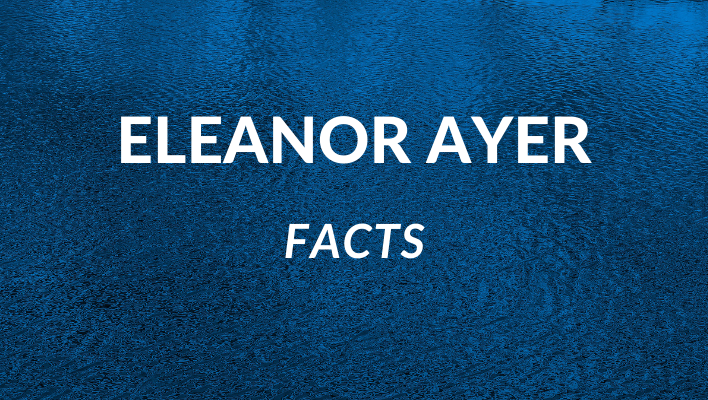 Eleanor H. Ayer was born in Vermont, America in 1947. She grew up to become a novelist and a travel writer.

She also wrote several young-adult fiction books and was particularly revered for her book ‘Parallel Journeys’.

She wrote many books in several different genres – ranging from travel writing to young adult fiction to even children’s books.

She always worked towards child and teen development through her books as well as her volunteer activities.

Here are some lesser known facts about the brilliant author and educator:

She is called “Ellie” by her loved ones

She was born Eleanor Ann Hubbard but her close family members and friends referred to her as “Ellie”.

Eleanor was born on September 6 in Burlington, VT. It was the same place that she was later raised in.

Eleanor’s mother was an elementary school teacher and had a lasting influence on Eleanor as a reader.

It was her mother who instilled in Eleanor a lasting love for books.

Undergraduate degree was from Syracuse

Eleanor grew up to graduate from Syracuse University in Childhood Education and Journalism.

She paid for her tuition by selling term papers and charging for the grade level each customer wanted.

Meeting her husband in an unusual way

She met John Ayer, her to-be husband, while working as a ski instructor at Jackson Hole, Wyoming.

The couple moved to Colorado where they lived with their two sons, Madison and William. She would also volunteer in several schools and local libraries in Colorado.

Starting a publishing company with her husband

The couple also formed a publishing company together for which Eleanor authored over fifty books and novels.

Her young-adult fiction was mostly about the holocaust. She won the Cristopher Award and ALA Best Book for Young Adults Award in 1995 for her book, “Parallel Journeys”.

Apart from these, she also wrote a biography of Adolf Hitler.

She is also revered as a great travel writer. Ayer wrote travel guidebooks for Colorado, Arizona, and California, as well as European countries such as Germany.

Work on the Holocaust

Among the wide range of her works as a biographer, travel guide, and novelist—her anchor has been the Holocaust about which she has written vastly.

This includes travel guides on Poland and Germany, young-adult fiction set during the Holocaust, and a biography about Adolf Hitler.

Her series, “Everything You Need to Know” contains books on several taboo topics such as teen depression and stress, teen parenthood, the dangers of smoking, etc.

Apart from this, she also authored a book about teens who survived and witnessed the Holocaust whilst residing in the ghettos.

The Eleanor H. Ayer Foundation was founded after the author for her dedicated work towards child and teen education.

The foundation works towards the development of education by awarding scholarships, and grants, among other volunteer and educational programs.

They also donate books and school equipment to schools and students in need.

Although she mostly kept a private life with her husband and sons in Colorado, she impacted a lot of teens and children through her books. It is that very legacy that her foundation strives to sustain.