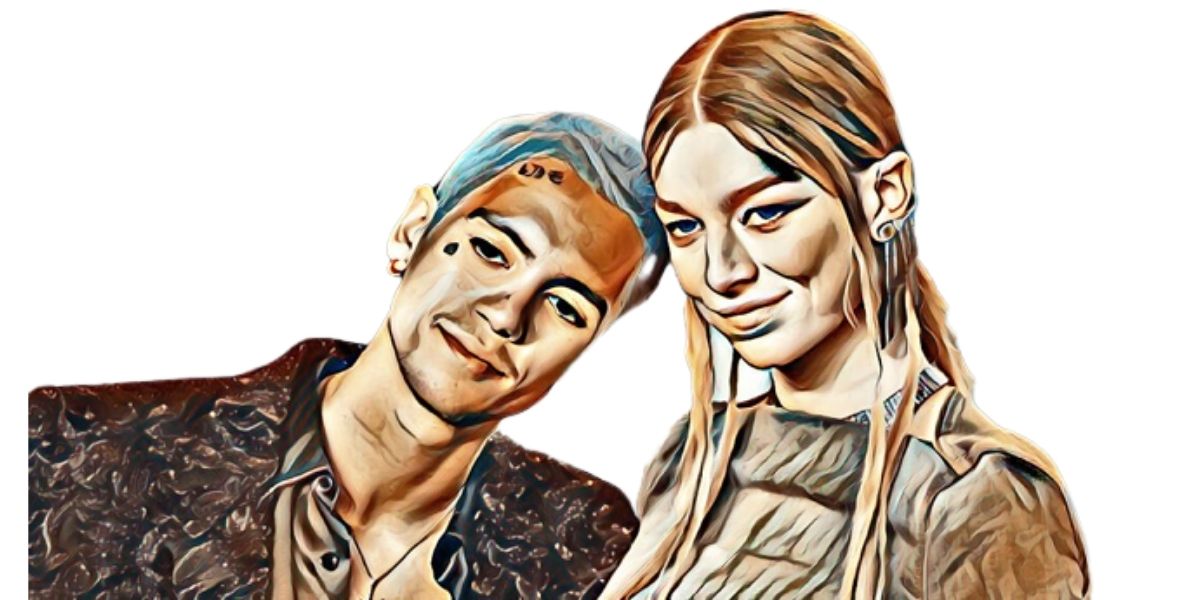 Ever since artist Dominik Fike was made a cast member in Euphoria season 2, he seemed focused on creating a lovely relationship with Hunter Schafer’s character. The two may have developed real feelings for each other after they were seen together after dinner in Los Angeles at the beginning of 2022. This resulted in many rumors about their romance, with fans questioning whether the two were dating. The two did not publicly comment on the rumors, but they are a couple going by their social media activities. Let us have a look at their relationship timeline.

Page Six reported that Dominic and Hunter were seen holding each other while leaving a restaurant in Hollywood. According to numerous celebrity gossip, the two were seen kissing and dancing while at the restaurant, and they were joined by costars Alexa Demie and Jacob Elordi.

Hunter appeared on Jimmy Kimmel Live to promote Euphoria season 2 and discuss when she visited Zendaya as she worked on Spider-Man; No Way Home. Fike showed support for Schafer by uploading a photograph of her greeting the audience on his Instagram account.

According to the Daily Mail, the two were seen holding each other’s hands, and this time was while having dinner. The outlet revealed that they had a romantic out at a restaurant in West Hollywood.

Dominic goes to Instagram and posts a photo of them kissing with the caption Happy Birthday. The post confused many since their birthdays were in December though one can assume that it was a late post though there is no confirmation.

The Cut included the girls in the series Euphoria on its cover page. While interviewing Schafer, she stated that her dream acts included Tyler the Creator, Arca, SOPHIE, and Quay Dash. She included Fike with a wide grin, something fans loved to see.

Hunter and Dominic went on holiday to a beautiful beach. Sources state that he uploaded pictures on his social media account while on their romantic escapade. There is no information on where they went, but they did look happy and seemed to have a good time together.

The artist also uploaded many photographs and videos while on holiday, and fans were focused on the one he was driving. The pink skirt and hand in the frame may have been Hunter’s, and it seems like she was the one recording. A fan also stated that Hunter might have worn Fike’s jacket when the picture was taken.

The two made appeared on the red carpet as a couple for the first time at the Vanity Fair Oscars afterparty. With Fike’s arm around Schafer’s waist, they were always close and exchanged smiles as paparazzi took pictures of them. Fike was in a sequined jacket and satin shirt and pants, while Hunter was in a Rick Owens gown. The couple was full of smiles at the event, which they attended in the company of their costars, Barbie Ferreira, Maude Apatow, Zendaya, and Angus Cloud.

The Emory Wheel reported that while Fike was involved in a show at Emory University during its school’s spirit week, he went to Instagram and posted a picture of the crowd. One person had a sign that stated, “Where is Hunter?” He jokingly reacted by circling the statement and saying, “Where is she anyway?” The artist also thanked the institution for having a great time with a statement, “ATL Tonight was amazing, thank u guys.”