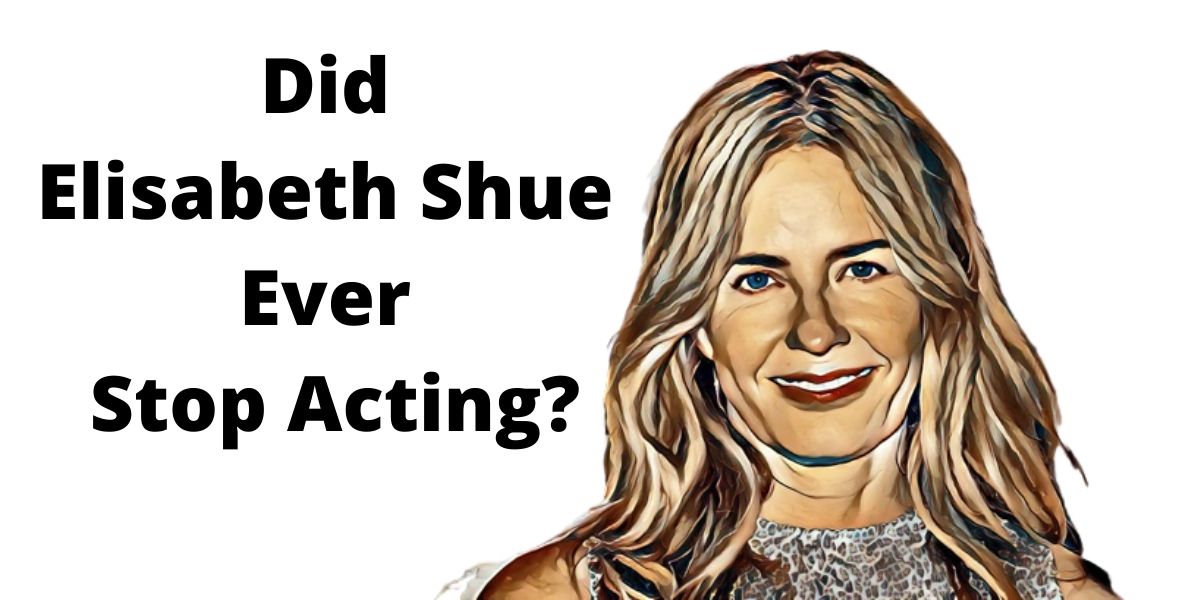 Elisabeth Judson Shue is an actress born in 1963.

She was nominated for various awards like the Academy Award, the Golden Globe Award, the British Academy Film Award, and the Screen Actors Guild Award for her performance in the 1995 movie Leaving Las Vegas.

She has also acted in different roles on television.

They include her role as Julie Finlay in the crime series CSI: Crime Scene Investigation, which aired from 2012 to 2015.

She acted as Madelyn Stillwell in The Boys and in Cobra Kai, she reprised her role in The Karate Kid. Many wonder whether the actress stopped acting.

In 2007, she collaborated with her two brothers, John Shue and Andrew Shue, to produce Gracie.

Her spouse, David Guggenheim, also directed and produced the movie.

In Gracie, she was the main character’s mom.

Andrew Shue also acted as the soccer coach, whereas Dermot Mulroney was the main character’s dad.

Andrew stated that the story was inspired by their late brother William Shue.

He was the captain of a high school soccer team.

He passed away in 1988 in an accident while the family was on holiday.

The main character’s older brother, Johnny, was based on him.

In 2007 she acted with Steven Mackintosh in First Born.

In 2008, she acted as a fictionalized version of herself in Hamlet 2.

In the movie, she quit acting to venture into nursing.

In 2009, she acted in Curb Your Enthusiasm season seven and went on to star in Don McKay alongside Thomas Haden Church.

In 2010, she acted as Sheriff Julie Forester in Piranha 3D.

She also acted in Janie Jones as the mother of Abigail Breslin and starred alongside Imogen Poots and Sarah Roemer in Waking Madison.

In 2012, the actress performed in various theatrical plays; Curtis Hanson’s Chasing Mavericks, House at the End of the Street with Jennifer Lawrence, and David Frankel’s Hope Springs.

In the same year, she returned to television with a recurring role as Julie Finlay in CSI: Crime Scene Investigation season 12.

She played the role until season 15, when Finlay’s fate was left hanging though it was revealed in the 2015 wrap-up that she died.

She starred alongside Selena Gomes, Heather Graham, and Nat Wolff.

She also made a brief appearance in 2015 in the series Blunt Talk.

In 2017, she acted in Battle of the Sexes alongside Emma Stone and Steve Carell.

Many critics labeled her performance as impressive.

Previously, she joined the film as a tennis adviser.

The film focused on the 1973 duel between Bobby Riggs and Billie Jean.

In 2018, she acted alongside Eli Roth in the movie Death Wish.

She was Bruce Willis’s spouse.

She managed to work with her Adventures in Babysitting costar, Vincent D’Onofrio.

In 2019, the actress had a significant role in the series The Boys alongside Jack Quaid and Karl Urban.

In the movie Constance, she also got a leading role where she acted as a corrupt former beauty queen.

Together with Robert Downey Jr., and his wife, Susan Downey, she was an executive producer.

She previously worked with Robert Downey Jr. in Hearts and Souls and Soapdish.

In 2020, she acted with Tom Hanks in the movie Greyhound Opposite.

It is safe to say that the actress never stopped acting, and the only time it seemed like she did was when she acted in Hamlet 2 as a fictionalized version of herself.