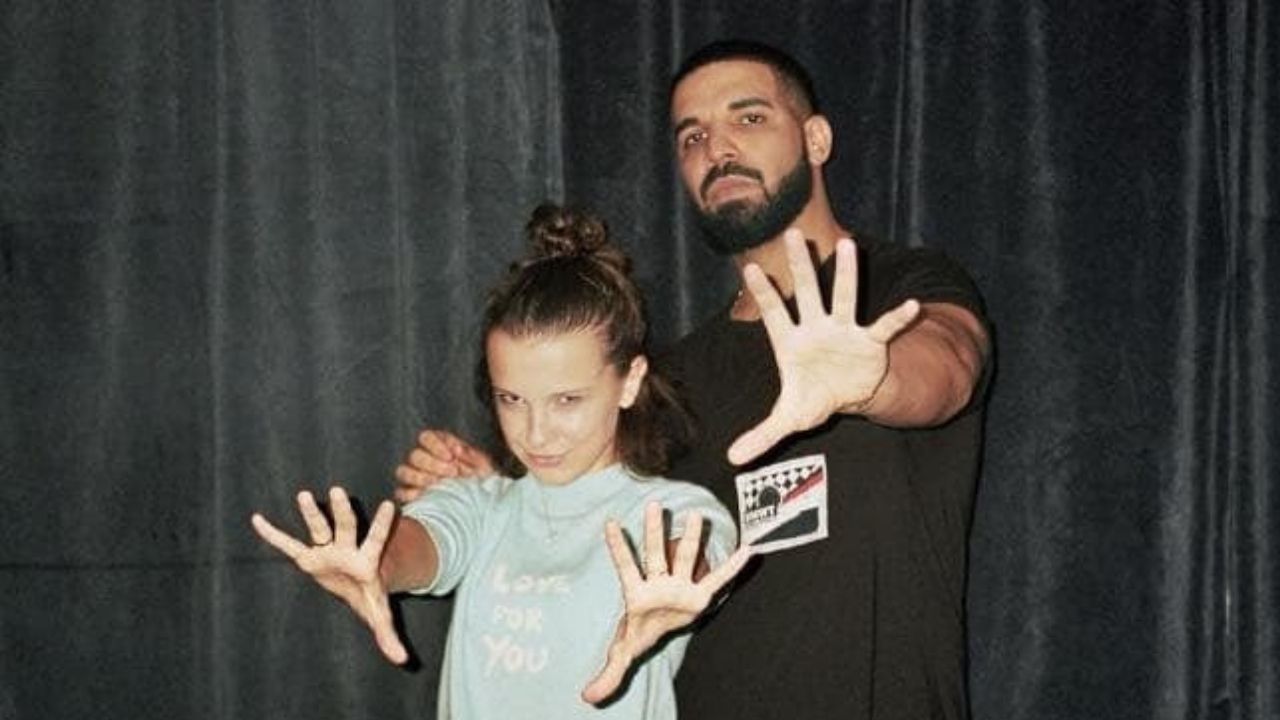 Rumors have been circling around that rapper Drake and the 17-year-old actress Millie Bobby Brown have been dating – or, have dated in the past.

It’s time to debunk these rumors and look at all the facts.

However, the friendship between Drake and Millie has been going on for 4 years now.

Brown met the popular rapper in Australia at an event and they immediately hit it off as friends.

This raised a red flag for a lot of Millie’s supporters and fans since the age gap between these two is 17 years.

Fans were even more worried after Millie Bobby Brown’s interview in which she spoke about this friendship, mentioning Drake and her text every day, and he even gave her advice about boys.

The young actress Brown was only 14 when they met each other, and she said Drake is a good mentor to her and a great role model.

This may have been an innocent friendship until more details about Drake were discovered.

Is Drake grooming young girls such as Millie Bobby Brown?

The backlash against the famous rapper Drake has been going on in the media world for a couple of years now, with reporters constantly finding new skeletons in his closet.

It appears that Drake had grown similar “friendships” with other underage singers and actresses, such as Bella Harris (whom he met when she was only 16), Hailey Bieber (they had a relationship in 2016 when she was 19, but he had been her friend since she was 14).

Moreover, a video from one of Drake’s concerts has been brought to the media’s attention, where he is seen kissing an underage fan on the stage and saying sexual and inappropriate things to the girl.

The aforementioned video will not be put in this article out of respect for the girl who experienced this, but here’s one pretty alarming sentence that Drake said:

“I can’t go to jail yet, man, why do you look like that? I like the way your breasts feel against my chest.” This ought to be a huge red flag for his fans.

Since the rumors about Drake’s intentions with Millie started piling up and her fans wanted for this situation to stop, the fans were very quick to pull out some very questionable lyrics from his recent albums.

For example, one line in his 2018 song “After dark” says “We’ve hooked up a couple of times, we ain’t took it there yet”.

Even though these lyrics are real, they were not evidence of anything.

This, of course, made Brown’s fans upset, so they intentionally spread fake lyrics which went like this “Step to my girl, hands getting thrown up, February 19th is the day of the Glow Up”.

This was written on Twitter and it spread like a wildfire, even though it’s fake. The date used in these lyrics is the date of Millie’s birthday.

To sum up, there is some evidence from concerts and plenty of young actresses and singers’ confessions that there, indeed, has been some texting and sexual intentions from Drake’s side.

Let’s hope that this really is an innocent friendship like Millie said, and nothing bad is going to happen to Stranger Things star Millie Bobby Brown.