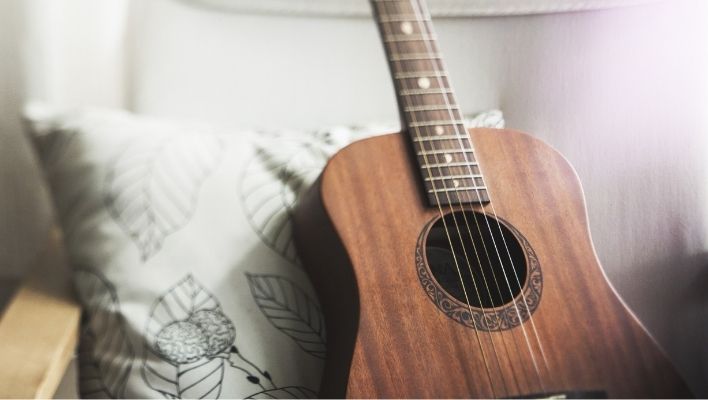 Keanu Reeves has been on the silver screen for as long as we can remember. His performance in the action-packed Matrix and John Wick series have proven him to be the actor of the era. However, does he have talent beyond acting? Specifically, does the actor possess musical talent unbeknownst to his fans?

The Speed actor is known for playing bass guitar in an underground grunge band, Dogstar, for 11 years. He later learned how to play the saxophone for the highly successful Bill and Ted franchise.

The actor was one of the original members of the band Dogstar. His journey started when he accidentally met Robert Mailhouse in a supermarket parking lot. Mailhouse was a lead actor in the soap opera ‘Days of Our Lives’ and a drummer in the band.

Reportedly, Reeves approached Mailhouse due to the hockey jersey that Robert was wearing at the time. Since his relocation to Los Angeles, Keanu was looking to resume the sport. The two hit it off as hockey fans and teammates and later realized their potential for forming a band together.

The band started with just the two of them playing in Reeves’ garage. Soon, other members joined the group and thus began their journey as singers and songwriters. After gaining success from small shows, the band signed a deal with Zoo Records and produced their first album, Our Little Visionary.

Keanu’s success as an actor was getting him recognition as a musician as well. At the height of his music career, the actor was asked to play with Bon Jovi on his tour in Australia and New Zealand. He also opened for David Bowie at the Hollywood Palladium.

They went on their international tours across the United States, United Kingdom, India, and Japan. This, however, was short-lived as the band broke up in 2002. According to Mailhouse, Reeves’ popularity made it difficult for him to get to shows. He was followed by fans everywhere and often had to be snuck into shows.

Consequently, this resulted in the band breaking up. Mailhouse and Reeves attempted to form another band later on; however, that was, again, not successful due to Reeves’ popularity as an actor.

Reeves’ lack of social media presence makes it hard to predict whether he still practices the bass regularly. However, there is evidence showcasing his love for his musical past. He is said to own the following guitars:

Yes, Keanu plays the saxophone as well. He learned to play it for the Bill and Ted movie.

The Bill and Ted Series is a science-fiction comedy starring Keanu Reeves and Alex Winters. The movies focus on the lives of two high school students going on adventures via time travel to save the world.

In the first part of the series, Bill and Ted are on the verge of failing their history class. To save their grade, they must travel back in time to critical moments in history and put back important figures in their positions.

The latest installment of the franchise, ‘Bill and Ted Face the Music’ was released in 2020. Bill and Ted are challenged to compose a new song to save humanity. Instead of writing it themselves, they decide to time travel and steal it from their future selves.

Reeves learned to play several instruments for the movie, including the saxophone. The grammy-nominated soundtrack featured instruments ranging from the theremin, bagpipes, trumpet, and percussions. Keanu learned how to play one note on each of them.