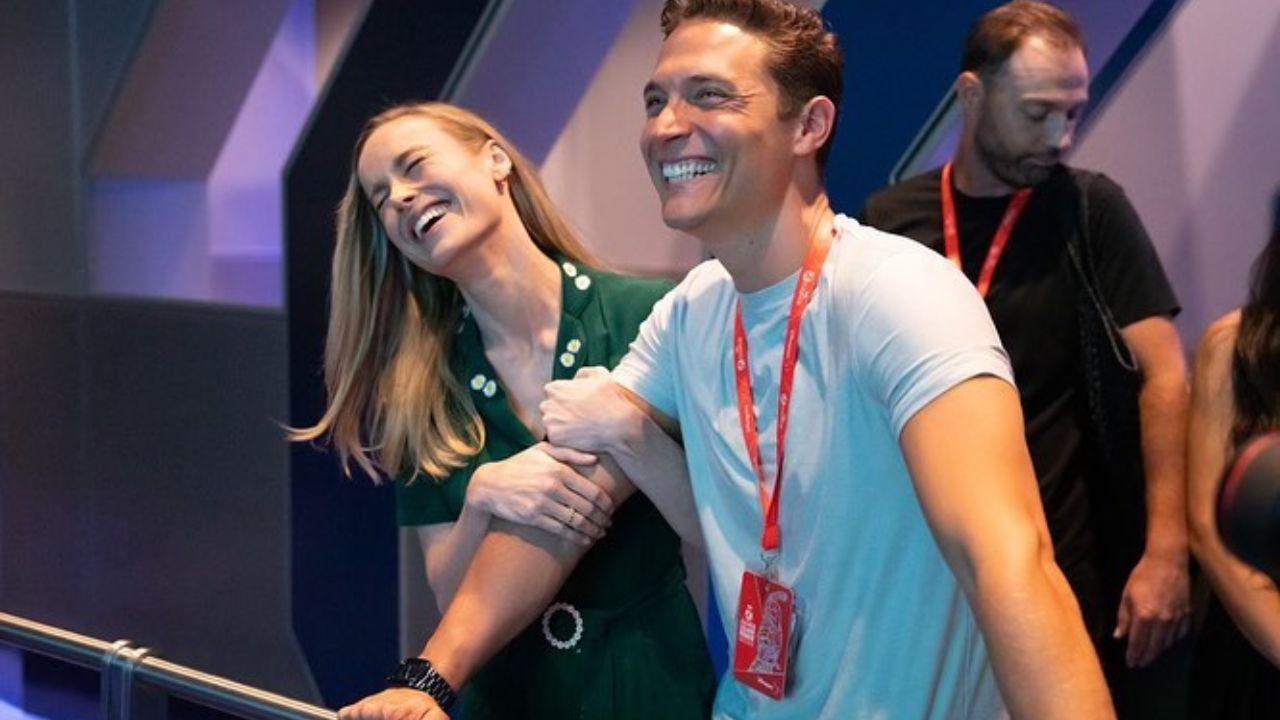 Brie Larson is one of the rising stars of Hollywood, with her most recent appearance as the new hero in the MCU, Captain Marvel.

The actress recently received an enormous reward for her performance in the MCU, which she shared via Instagram.

Brie was ecstatic to share with the world that her MCU character Captain Marvel officially got her own Disneyland ride in Paris.

Hats off to the amazing actress for bringing such a cool hero to life!

Larson shared her first ride at Paris’ Disneyland with her boyfriend Elijah Allan-Blitz.

The couple shared photos via Instagram as they visited the new ride, with the caption saying ‘Get yourself a guy who will fly across the globe to hold your hand while you live your dream’. Aaaaaww!

The ride itself is titled “Avengers Assemble Flight Force”, and it’s created to honor the Marvel heroes including Captain Marvel, Iron Man and many others.

Brie shared another photo carousel at the grand opening of the ride itself, with the heartwarming caption saying ‘Is this real life? Since I was a kid there is no place that gives me greater joy than Disneyland’.

The caption went on as Brie expressed her gratitude, saying ‘Thank you Mom for telling me stories about how many times Walt was told that making Disneyland was impossible as a way of encouraging me’.

Brie has a bad habit of letting the world know a lot of details about her life, including her dating life.

Her 6-year-long relationship with Alex Greenwald was heavily followed by the media, so the news quickly spread when they split up in 2019.

After a couple of months of laying low, the actress went to a romantic dinner with her new boyfriend, Elijah Allan-Blitz.

The two confirmed their relationship after publicly attending the 2020 Annual Academy Awards ceremony.

Elijah is a very successful movie director himself, so this gives us an idea of how the two actually met, since neither has spoken about their first moments.

Almost three years later, the couple is stronger and happier than ever!

Brie is very fond of sharing Instagram photos with Elijah, and the 7 million fans are loving every second of their relationship.

Who is Brie Larson?

Despite the actress stepping into the spotlight just a couple of years ago, Brie started her acting career back in 1998, at the age of just 9 years old!

Over the course of 20 years of her career, Larson appeared in many romantic & comedy movies such as “13 Going on 30”, “Remember the Daze”, “Just Peck”, “The Spectacular Now”, and “Trainwreck”.

The year 2010 is a big breakthrough for Brie, as she portrayed the evil ex-girlfriend Envy in “Scott Pilgrim vs. the World”, which is considered one of her funniest and best performances.

Since the year 2019, Larson has portrayed Captain Marvel in “Avengers: Endgame”, “Untitled CIA Project’, and the self-titled movie “Captain Marvel”.

She will repeat her role in the upcoming movie “The Marvels”.