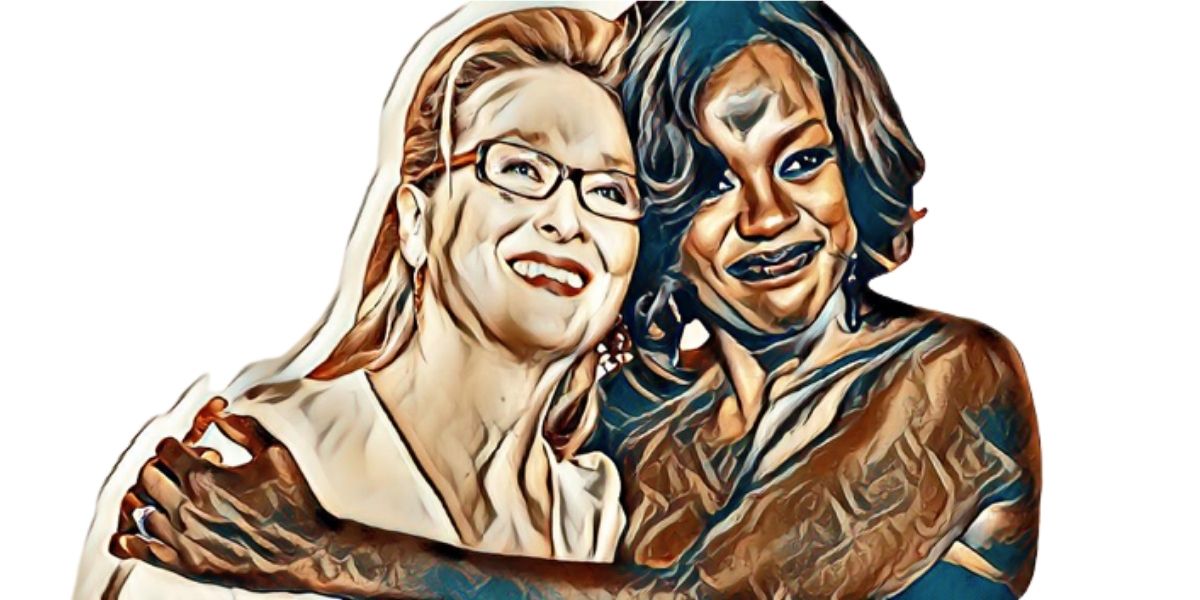 When Viola Davis was about to receive her award for the best-supporting actress, she went on to kiss and hug Meryl Streep. This is not surprising considering the two stars met while acting in the 2008 movie, Doubt.

Many have always wondered whether the two are still friends.

The two have always supported each other since they worked together in 2008.

When Streep received the SAG award for best actress, she mentioned her friend, describing her as “the gigantically gifted Viola Davis.”

The actress shouted, “My God, somebody give her a movie!”

Davis only shared an eight-minute scene with Streep in the movie, but it seems she had a lasting impression on her.

Streep’s request was granted when Davis got a major role in The Help, and she seemed close to winning an Oscar for her performance, only to be beaten by her friend, Meryl Streep.

Awards are always characterized by incredible acceptance speeches that awe the audience.

Davis stole the show at the Golden Globes event with a heartfelt introduction on Meryl Streep, who won the Cecil B. DeMille Lifetime Achievement Award.

This shows how their relationship has blossomed through time, and the 2008 movie, Doubt allowed them to be besties.

Both were nominated for the Academy Awards; Davis for Best Supporting Actress and Streep for Best Actress.

Both Hold Their Friendship Highly

Viola has always shown the world how being best friends with Streep is fantastic.

She talked about it in the Time 100 Gal.

She confessed, “What I love about Meryl is I always feel like she sees me.

I never feel like the words she has for me are haphazard.

I feel like they’re very specific, and they’re well thought out, which makes me feel good.”

After winning the Best Supporting Actress Oscar due to her role in the 2016 movie, Fences, Viola was named among Time’s 100 Most Influential People.

Streep was there, and she gave a beautiful statement saying, “She embodies for all women, but especially for women of color, the high-wire rewards of hard work and a dream, risk, and faith.

Her gifts as an artist are unassailable, undeniable, deep and rich, and true.

But, her importance in the culture—her ability to identify it and her willingness to speak about it and take on responsibility for it—marks her for greatness.”

When talking about her friend’s statement, the actress revealed to ET, “It makes me feel like she really is a friend, that she really takes me in.”

Viola also admitted that being close to a legend like Streep is something she still finds unbelievable.

She stated, “Besides the fact that it’s Meryl Streep, she really doesn’t have to give me anything, really.

When she just sends me a text message, she doesn’t know I get so happy.

They Have a lot in Common

Let us have a look at what the stars have in common.

Both actresses are well-known public orators who can create soul-stirring comments and provide the type of commentary that makes people rise.

They are also intelligent, extraordinary, and wise.

It is safe to say they are unstoppable when they are together.

Another fact is they are excellent performers in the specific roles they play. Streep has received 157 awards since 1979.

Combined, they have a total of 571 nominations for different awards.