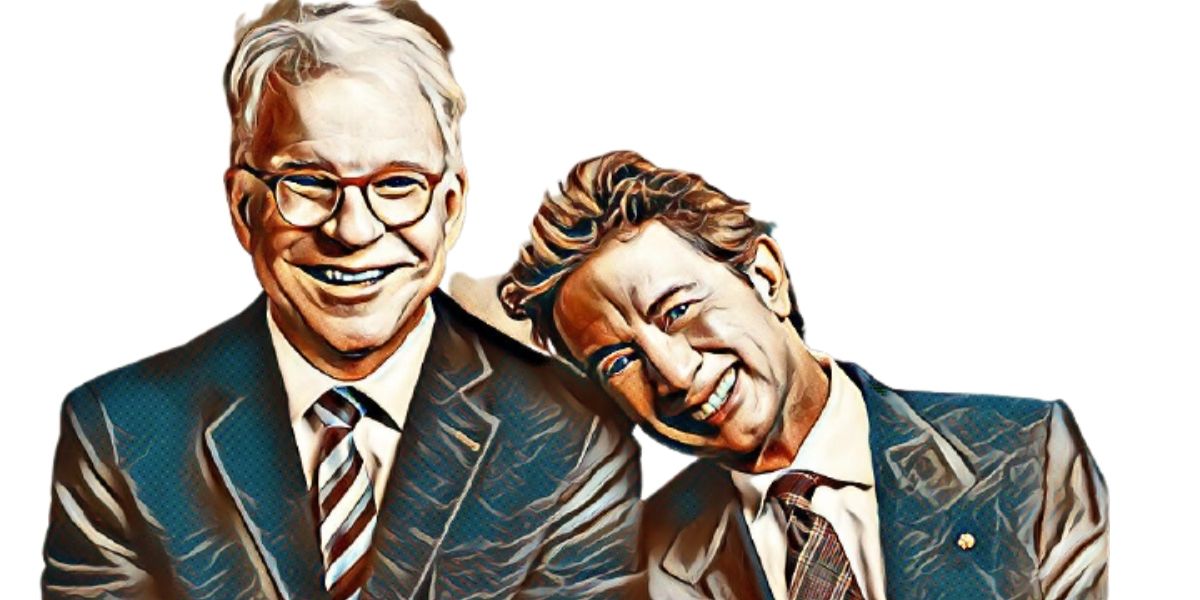 Ever since they graced the film industry, Martin Short and Steve Martin produce legendary content.

They have also been in the show business for a long time, outliving some of their diehard fans.

Their appearances as friends both on and off the screen has many wondering whether they are friends in real life.

The rumors increased further when Martin and Steve agreed to star in Only Murders in the Building.

Now, many keep wondering what Martin and Steve’s relationship is like. In the blog post below, let’s explore more about them and their relationship off the set!

In this film, Martin Short and Steve Martin star as friends living in Manhattan.

Another guest in the building they live in gets murdered and they decide to investigate the matter.

They hope to accomplish this through a true-crime podcast.

Outside their acting careers, Martin and Steve know each other and this makes their scenes more exciting to watch.

Martin and Steve have worked on many other projects other than Only Murders in the Building.

Steve and Martin also did voice overs in The Prince of Egypt in 1998.

Both Steve and Martin made appearances on Saturday Night Live.

Martin was a cast member from 1984 to 1985 while Steve was a repeat host and guest since the 1970s. However, Steve didn’t host while Martin was on the show.

You might also remember them from An Evening You Will Forget for the Rest of Your Life, a Netflix special in 2018.

This appearance earned a record four Emmy Nominations. While they didn’t win the match, Martin and Steve had fun working together on yet another program.

Are Martin Short and Steve Martin Friends in Real Life

Yes, Martin Short and Steve Martin have been friends for a long time now.

They worked on their first project in 1985 titled The Three Amigos and their relationship grew since then.

Actually, Martin and Steve had met in 1984 before they began shooting the movie the next year.

In an interview, Martin explained that he met Steve backstage at a show similar to Saturday Night Live.

However, they didn’t work together then. According to Martin, their next meeting was in Steve’s house when he picked up the script for Three Amigos.

Martin said, “When the film wrapped, we started having dinners, the three of us and our wives. And it just continued on. There was never a phase where I didn’t see Steve for a couple of years.”

Steve commented that their further role in Father of the Bride furthered their ability to develop a deeper friendship.

In an interview with Total Film, Martin Short said the following when asked about how easy it was to work with Steve:

Aside from working in films together, Steve and Martin have ongoing show tours.

Martin and Steve’s The Funniest Show in Town at the Moment that premiered in 2021 is on tour all over the United States.

Their tours started back in 2015 when they were on their first show titled A Very Stupid Conversation.

Somehow, Martin and Steve have managed to maintain a professional and personal friendship.

It is not clear what the two comedians have planned for us. However, we know that it’ll be pure gold, given their chemistry on and off the screen.

Their experience as comedians also extends their longevity in the film industry.

You must admit that since they met in the mid-80s, they have persistently given us pure excellence.

So, there you have it, folks, Martin and Steve’s friendship and careers have outlived even most fans today. Yet their chemistry is as fresh as a daisy.