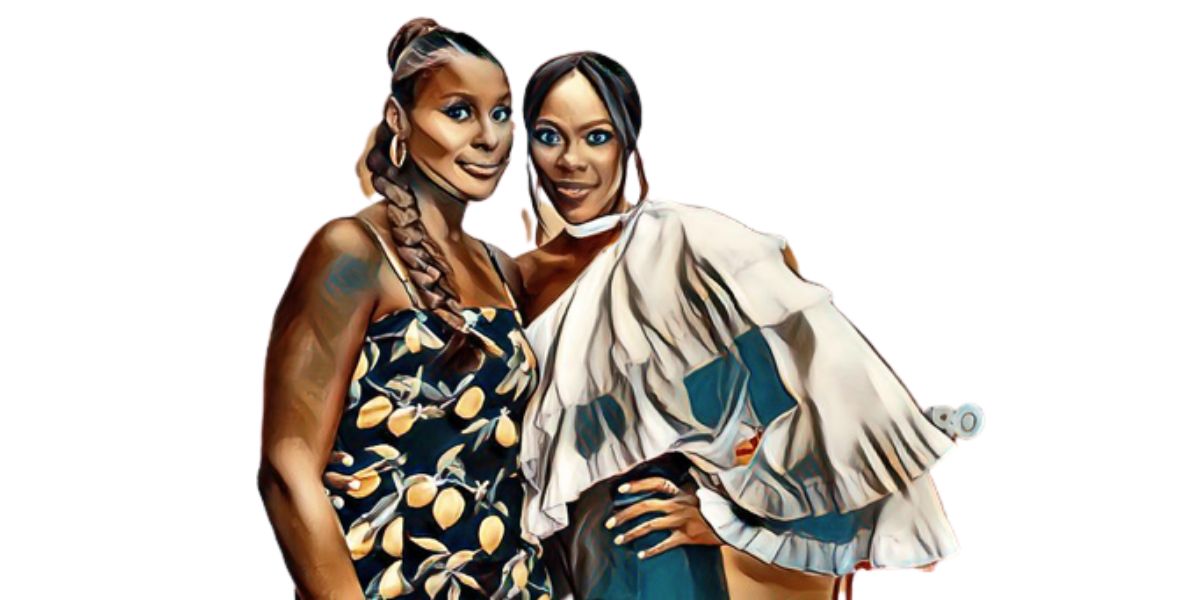 This is the same thing that led to her union with Yvonne Orji long before they appeared together in Insecure.

During season 4 of the series, their relationship dipped, dividing fans into Team Molly and Team Issa!

Before the release of season 1, Issa asked HBO’s top management to include Yvonne despite her never acting as Molly, Issa’s confidante and partner in crime.

The onscreen closeness between the two is a creation of true friendship based on honesty, trust, and cheering for each other.

The two have so much to celebrate, even if the popular series concluded in December 2021.

Many will be surprised to know that the two first messaged on Twitter after Orji’s friends revealed to her that together with Rae, they would make an excellent pair.

Orji was the first to make contact, and the rest is history.

Even though she did not have a lot of experience by the time she played the role of Molly, Rae insisted on her and made it a reality.

Orji stated, “It’s what Issa was able to see and turn to the producers and say, ‘Give her a shot.

I didn’t have an agent, manager, anything, and I had never acted. So this is HBO—Home Box Office—this is not, like, a small production.

And this thing that I hunkered down and accomplished was what Issa was able to be like, ‘Let’s try her out.'”

Even though Rae had been nominated for the Emmy Awards for her performance, Orji’s first nomination was in 2020, and she did not hide that she was thankful for her costar.

Orji stated, “We had a moment, and I thanked her.

I was like, ‘Thank you for seeing something in me five years ago, for this moment. Thank you.’

It was a special moment. Batman and Robin, and it’s still really good” (via E! Online).

Issa was happy that her friend got an Emmy nomination, and she revealed to The Hollywood Reporter that she felt guilty she was the only one of the two who had been previously nominated for the awards.

She explained, “I’m very much aware that I don’t do this by myself.

Everybody else is killing it, and they’re really helping to elevate me, and they’re not getting the recognition.”

They Have Experienced Trying Moments

Rae once revealed that she would not achieve much if it was not for her inner circle, which is why she enjoys sharing the limelight with her friends.

She revealed, “Every female friend that I have has been in my productions, helped behind the scenes, has gassed me up when I’ve felt like, ‘Ah, I don’t think I should do this.”

She went on, “They’re such a huge part of my life now because, in the industry, it’s hard.

In any industry, when you’re just surrounded by the same people who do what you do, sometimes it can be competitive. Sometimes there can be resentment, or sometimes it’s just like you have tunnel vision for that specific thing. You don’t realize there’s an outside world. Many of my friends are outside of the industry, so just being grounded and in touch with them isn’t everything. If this didn’t work out for me one day, I tried. But I know I can do other things in this world outside of this and that I have a support system there and vice versa. I would do anything for them.”

It was well known that the two were having problems in season 4, and she even went on to say she would not mind if Molly moved away from the series.

She revealed that she told Issa at the end of the fourth season never to do that since she missed her.

She reminded her that all the scenes they did together seemed disconnected, and sometimes they would end up fighting.

When talking about what she envisions for their relationship, she admitted that when season 4 ended, they both felt the need to get their stuff organized, and they hoped the things they went through served to strengthen their relationship.