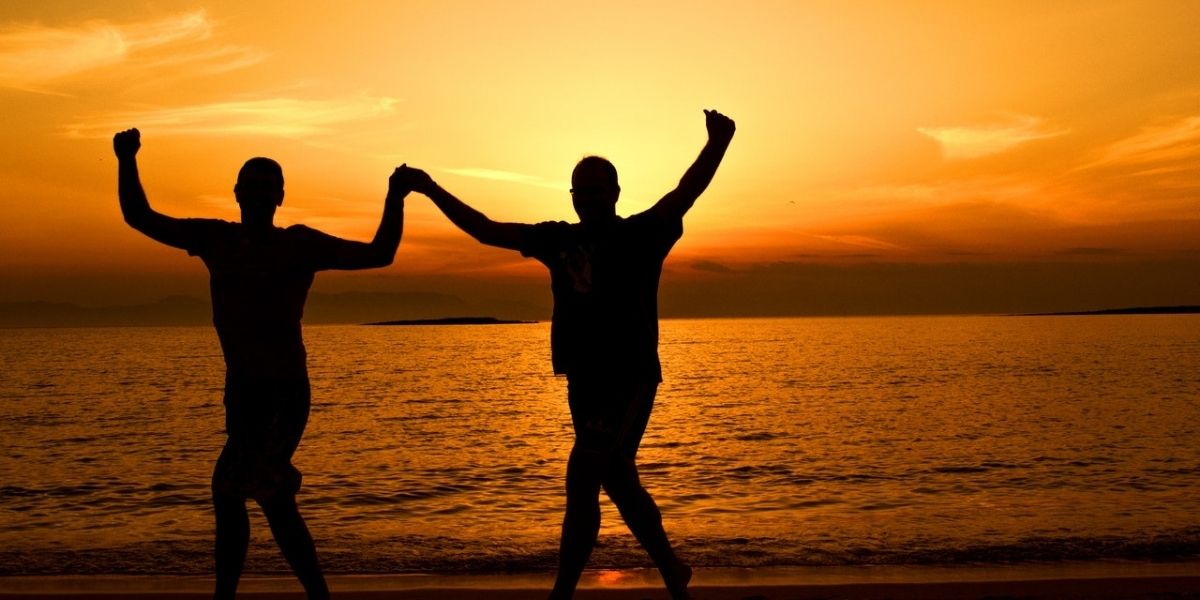 Don’t you just love any scoop on celebrity friendships? We do too!

Over the years, Hollywood has served as the springboard for many long-lasting friendships: Ryan Gosling and Justin Timberlake, Leonardo DiCaprio and Kate Winslet, Selena Gomez and Demi Lovato, and so on. The list is endless.

This article is about two Hollywood stars: Drew Barrymore and Adam Sandler. Having starred in many films together, like The Wedding Singer, 50 First Dates, and Blended, there is no denying that the pair has incredible on-screen chemistry.

However, that’s in reel-life. What’s the real equation between the two stars?

Now you must be thinking: Are Drew Barrymore and Adam Sandler friends in real life? Well, stay glued to our post, as we will tell you everything about their friendship.

How Did They Become Friends?

Convinced that Adam Sandler would make the perfect co-star, Barrymore admitted that she influenced Sandler into starring in the movie together, despite their differences.

Since then, not only has Drew Barrymore become close friends with Adam Sandler, she has also found herself a confidante in Jackie Sandler, Adam Sandler’s wife.

Adam Sandler cherishes his friendship of more than 20 years with Drew Barrymore.

In 2020, when Sandler was presented his Best Actor Honor for ‘Uncut Gems’ by his friend Drew Barrymore, he had this to say: “I am glad we met, and I am glad we did it all, and we will always make our movies together.”

Sandler’s words say it all.

A friendship that is over 20 years old and still going strong is bound to be characterized by some really interesting situations and events. In this section, we’ll let you in on some trivia about the pair’s friendship that might have slipped your notice in the past.

When The Wedding Singer was filmed in 1998, Adam Sandler was nearly a decade older than Drew Barrymore, who was just 22 at the time. However, the age difference was not something that stood in the way of their friendship.

Not only did The Wedding Singer mark the beginning of a great friendship, but it also showed us what Adam Sandler is capable of.

In today’s age of technology, you’d think that Drew and Adam would be all over each other’s social media. However, that’s not the case. The two friends connect the best over the phone.

They Don’t Shy Away From Appreciating Each Other

Drew Barrymore and Adam Sandler’s friendship is built on mutual respect and admiration for each other. For instance, Barrymore’s memoir, Wildflower, has a chapter titled ‘Adam.’ Not surprisingly, it’s dedicated to Sandler.

According to Barrymore, the chapter is a ‘love letter’ to Adam, written to acknowledge the huge and indispensable role he has played in her life and career. Now, isn’t that so nice?

Quite recently, Adam Sandler rooted for Barrymore by appearing on the Drew Barrymore Show. Not only did he shower lavish praise on his friend, but he also took a trip down memory lane with Barrymore to revisit the three films they’ve done together.

RECOMMENDED: Who is Brooke Daniells? Everything You Need to Know About Catherine Bell’s Girlfriend

Yes, you read that right! In 2020, Drew Barrymore and Adam Sandler received the MTV Movie and TV Award: Greatest of All Time, under the Dynamic Duo category.

Their strong friendship paved the way for some cracking on-screen performances, and now they’ve got an award that stands as proof for the same.

Given their terrific chemistry, there has been a lot of fan speculation about the actual status of the relationship between Drew Barrymore and Adam Sandler. Could they be more than friends?

Well, both Sandler and Barrymore have maintained that their relationship was never romantic. Theirs is a platonic friendship, where they truly enjoy each other’s company and love hanging out together.

There’s no doubt that Drew Barrymore and Adam Sandler form the very definition of platonic.

There’s no doubt that Drew Barrymore and Adam Sandler are great friends in real life. Having given us three unforgettable performances, we are just as eager as you to watch them come together once again on the big screen.

Drew Barrymore has confessed that she “wants to make movies with him (Adam Sandler) forever,” while Adam Sandler has also teased the possibility of an on-screen reunion. If this is anything to go by, then another collaboration is pretty much on the cards!

But, one thing is sure. Drew Barrymore and Adam Sandler’s friendship is meant for posterity.