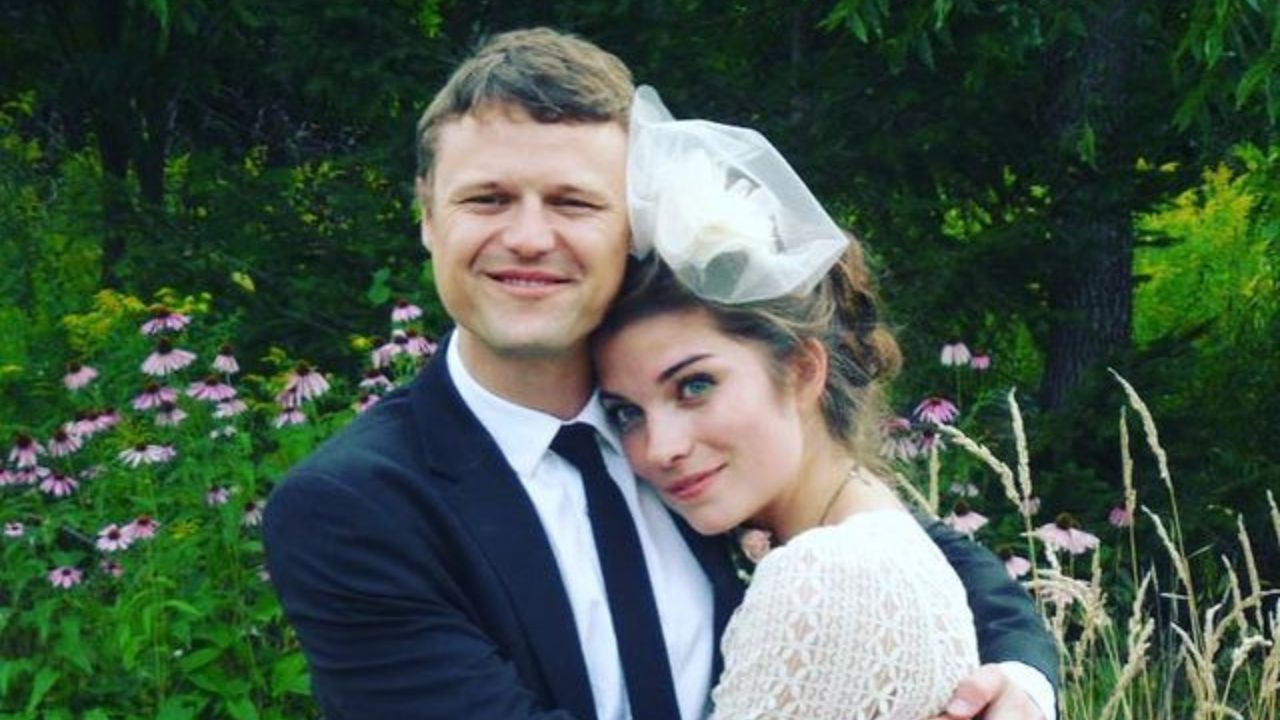 Annie Murphy is famous for acting as Alexis Rose in the hit show Schitt’s Creek.

The role got her nominated at the Golden Globe Awards for Best Performance by an Actress in Television Supporting Role in 2021 and an award at the 2020 Emmy Awards for Outstanding Supporting Actress in a Comedy Series.

In real life, Murphy has been married to Menno Versteeg since 2011.

Even though the couple prefers to maintain privacy, the actress enjoys posting pictures alongside her spouse.

Even though there are no specific details as to when or how the two met, both come from Ottawa and have been together for more than a decade.

They got married. This was on August 20.

In May, a fire ravaged their apartment in Toronto.

No one was hurt, and according to Versteeg, the biggest losses were:

Even though it was reported that it would take some time to re-innovate their house, Versteeg stated that he was fine and there was no need to make a big deal about it.

Versteeg was excited for his wife when Schitt’s Creek premiered.

He decided to upload a picture of himself in a compromising position with a poster of her promoting the show.

He posted the picture with the caption, “Having a great Wednesday! #humpday.”

In March, they attended an award show together, and Versteeg posted a picture of them sitting next to Eugene and Dan Levy.

I just got home from the first actors’ awards show I have ever been to.

I had a lot of fun, but they don’t let you sneak in drinks in water bottles like they do at musician award shows.

Good thing I had these three smiley dudes sitting a few seats away.”

In September, Versteeg uploaded a picture of them in the Atlantic.

The caption read, “Today we jumped butt assed naked into the Atlantic Ocean from the coast of the Aran Islands. It was freezing. There was some jellyfish but I wasn’t worried about them stinging me in the junk because it had completely disappeared.”

In October, the actress suffered from Lasik, and her husband posted a picture of her recovering as she lay on their couch.

According to the caption, she had just undergone laser eye surgery, which forced him to change their apartment into a “full 8 am on a Sunday morning sketch-bag mode.”

In January, the actress wished her husband a happy birthday.

In April, he uploaded a picture of the actress holding a Schitt’s Creek DVD, and the caption read, “This is the first time I’ve had tears in my eyes just from looking at a dvd since they released season 1 on dvd.”

In January, Versteeg posted a picture of her next to a bust stop poster promoting Schitt’s Creek season 3.

The caption read, “This makes me very happy. (Annie if you don’t post about the new hollerado single tomorrow I’m deleting this FOREVER!).”

The following day, Murphy posted a picture of the new Hollerado album with the caption, “My best buds @hollerado released their new single today, and I am a proud papa.

In February, the actress posted a picture of them kissing in Starbucks with the caption, “Just living my gross truth in the grossest picture ever taken.”

In March, he wrote a love letter to the actress and all women.

It was in honor of International Women’s Day, and the caption read, “Even when I am across a giant ocean, you give me strength when I am weak.

You give me direction when I am lost and inspire me through your kindness and humanity.

Thank you, Annie, and all of the other bad-ass women out there.

I hope you go to sleep each night knowing that this world was better off that day because you were part of it.”

In November, Versteeg posted a picture of his wife wearing a T-shirt, and he wrote, “Happy birthday Annie; inventor, astronomer, a believer in light. May your next year be filled with even more joy and “pull my finger” apparel than the last.”

In January, he posted a picture of his wife next to another bus stop poster. The caption read, “Not sure if it was the snow or the winter clothes that we’re throwing you off, but this is the closest you came to doing a half-decent “Alexis” in this years bus stop photoshoot. That’s ok though cuz season 4 starts tonight and it’s the best one yet and you are incredible and I am so proud of you it makes me wanna yell woot in a crowded restaurant. 😘😘😘😘😘😘🤙🏻🤙🏻🤙🏻🤙🏻🤙🏻”

In March, they managed to sneak alcohol in a water bottle to an award show.

He posted a picture of Murphy drinking wine from the bottle during the Canadian Screen Awards.

The caption read, “You lose in your category to Catherine O’Hara every year at the CSA’s, but also you win the whole damn thing as far as I’m concerned. #wineinawaterbottle So proud of you Annie 😘😘🕺🏼🕺🏼🕺🏼🤘🏻🤘🏻🤘🏻😘😘😘.”

In April, he recalled the experience she had when she got turned down in several auditions, which made her sad.

In July, he was excited when Murphy was nominated for the Emmy Awards.

He posted pictures of her with the caption, “And you thought the most exciting thing that would happen this summer was this cardboard box full of earthworms. Clearly you rule at acting, as these pictures are proof that you are nothing like Alexis in real life. Taken on three different days. Same outfit!! Congratulations on your very first Emmy nom. ❤️🦋❤️🦋❤️🦋❤️🦋❤️🦋😘you truly truly deserve it and I couldn’t be more proud of you. (p.s @instadanjlevy is gonna be SO STOKED when you tell him you are wearing Value Village to the red carpet).”

In September, he was more excited about her Emmy win.

He posted a picture of Murphy holding a sign that seemed to criticize President Trump.

I know how public speaking always makes you nervous. And I know how hard you work. And tonight, you accepted a crazy award you never expected in your wildest dreams. And tonight, you spoke to America from your heart, with humility, honesty, and love. Here’s a pic of the other thing your Emmy-winning speech was also saying. Keep going. ❤️”