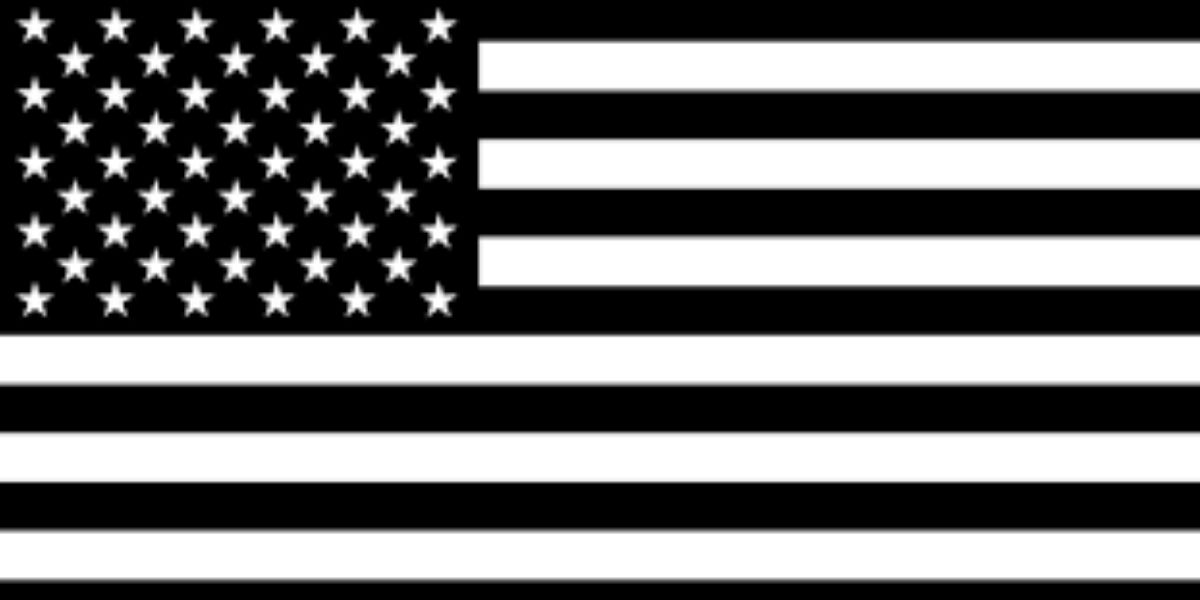 Recently, the nation has been divided on what it means since it was designed.

It first appeared as a symbol of defense during the Civil War.

However, its meaning has been watered down to mean other things that Americans are proud of.

Do you want to know the meaning of the American Black Flag, and where it originated from? Please keep reading to find out more about it!

The black American flag traces its roots back to the 1860s.

Confederate soldiers carried on the flag to symbolize the opposite of surrender, typically symbolized by the white flag.

Therefore, it meant that the army unit wouldn’t give in or surrender and that they would fight to the death.

Most black American flags are either black and white or wholly black with no other discernible features.

In the black and white flag, black replaces the blue square and red stripes.

Originally, the American black flag was introduced as a symbol of defense in the 18th century.

However, its meaning has gradually changed over time.

Since it came up, different factions of people have tried to fit it to their context.

Supporters of Blue Lives Matter, specifically, twisted the meaning to disregard that of the Black Lives Matter movement.

Another popular flag in the United States is the Thin Blue Line.

It is similar to the black flag, the only difference being that it had a blue stripe on its otherwise black and white background.

In contrast to the other flags, this flag is used to show solidarity with the police.

According to Distractify, flying the flag is a sign of paying respect for all law enforcement personnel who lost their lives in the line of duty.

When the Black Lives Matter movement took root, the Thin Blue Line flag was seen as a deviation from racial injustice.

The flag came up in times when there were increased cases of law enforcement officers shooting black women and children.

The flag is mostly common in the Republican sides of the United States where white dominance is common.

They even went ahead to establish a website that sells merchandise and collects donations for law enforcement.

While the Thin Blue Line flag has sparked a lot of controversy over time, it is also a very popular variation of the original flag.

Furthermore, it shows the country’s capacity to be partisan after long periods of division on politics and ideologies.

However, if you compare the two flags, the Thin Blue Line flag has amassed more cultural power compared to the black American flag.

This is because the black American flag is ill-defined.

Everybody has their own definition and meaning of the flag and therefore, it can’t command a lot of cultural respect.

It should also be noted that the legitimate American flags represent the country and also various different perspectives depending on who you ask.

Aside from the dance routines, TikTok is also an important online platform that educates people.

A new trend emerged where people hanged black American flags on their property. And TikTokers didn’t hesitate to say what this means.

While they maintain the same meaning as discussed above, the meaning in context is not the same.

However, some have suggested that the black flags signify that people are not giving quarters in relation to the Afghanistan war.

Many people wondered what the new black American flag entailed. Some people even took to Twitter to deliberate.

One said, “I have seen these Black Flag videos on TikTok and they are so frustrating. What is their idea of an Outcome? Q/A – Are they all going to meet up in one location or just start rebelling from their front porch?”

Others plain thought that people were planning a revolution and waiting for the signal to act without being labeled insurrectionists.

Whether it is on TikTok or to the oppressed black, the black American flag seems to have a general meaning. The people use it to show that they won’t relent in their quest for freedom. It espouses an emboldened cry against oppression from the superior races!